Earlier this week, it was revealed that Eric Nam is coming to tour the United States for the first time, and on January 16th he revealed more details about his upcoming tour.

Eric first announced his tour via Instagram on January 15th, leaving fans to guess which cities he would visit. Later that day it was revealed that he would be touring New York, Atlanta, Dallas, and Los Angeles.

On the 16th he revealed the tour dates which are as follows:

Meanwhile, in December of 2014, Eric released a special winter track for fans titled “Melt My Heart” and contributed his vocals to a collaboration with Kim Kyu Jong for the soundtrack of SOS Please Help Me. 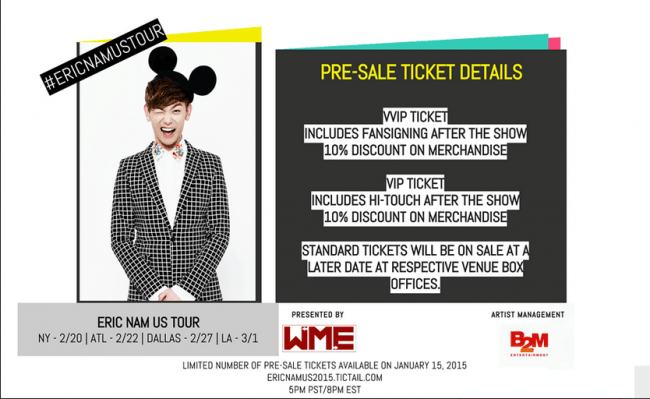