EXO has continued their success from “Call Me Baby” and grabbed their first win for new track “Love Me Right” on Show Champion!

Although EXO did not attend the broadcast, the group was announced to be the winner for the June 10th episode of Show Champion. EXO was nominated for first place alongside BIGBANG, SHINee, IU, and KARA.

Immediately after the win, fans began to celebrate by tweeting #LoveMeRight1stWin, which reached number 1 for worldwide trends on Twitter. 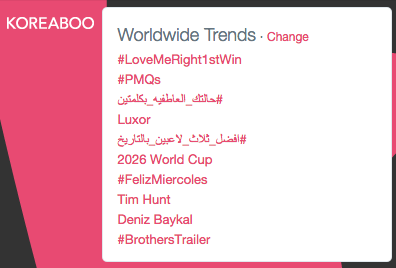