Recently, a pair of Weibo posts has caught much attention as they feature compilations of GIFs with netizens using them to show that Tao (now Z.Tao) was bullied when promoting with EXO.

It appears that these posts may have been put together following the speculation that Z.Tao’s latest Chinese tracks diss tracks that celebrate his new life. In some of the GIFs, the members can be seen horsing around on camera, on stage, and at other live events. Netizens expressed disbelief and shock upon seeing these segments, with some exclaiming the clips were a result of misleading editing with others defending Z.Tao.

Take a look at the clips here: 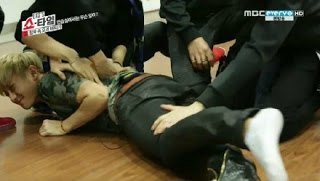 Some of the top-rated comments read as follows: 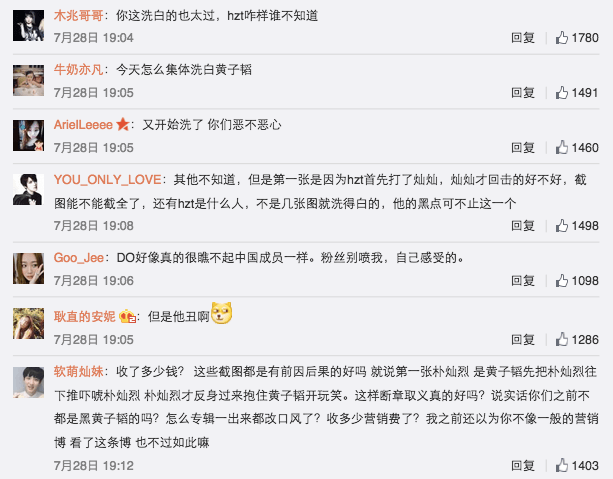 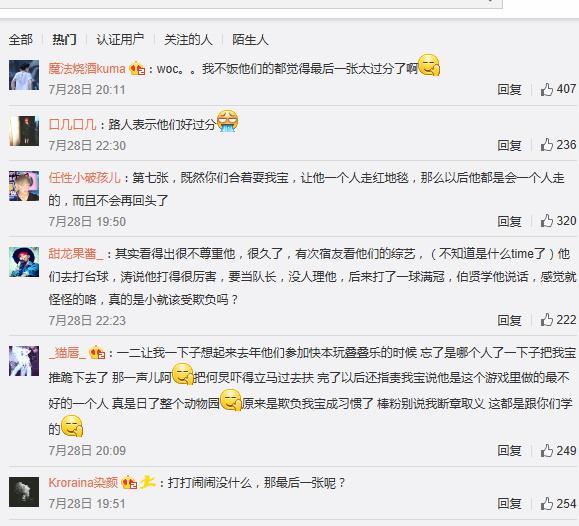 [+1780] This cover-up is too much, everyone really knows what HZT is like

[+1491] Why is everyone coming together to cover-up for HZT

[+1498] I don’t know about the others, but in the first one, HZT hit Chanyeol first and Chanyeol was retaliating. Please include the full cuts next time. These few images cannot prove him innocent, this is not his only shortcoming.

[+1098] It seems like D.O. thinks very little of the Chinese members. Fans, don’t hate me, just what I observed.

[+1403] How much money did you take? These clips all have context okay. The first one with Chanyeol, it’s because HZT pushed him and scared him that Chanyeol turned around and grabbed HZT as a joke. Weren’t you shading HZT before anyway? Changing your minds once his album came out? How much money have you taken already? I thought this channel was different. Looks like I was wrong.

[+320] In the seventh one, since you all tried to play cute and let him walk the red carpet alone, from now on he will walk it alone and never look back.

[+222] It’s actually been quite evident that they don’t respect him. My roommate was watching a variety show (I forgot when). They went to play billiards and Tao said he was really good and wanted to be team captain. They ignored him and after he was the champion, Baekhyun mimicked him and something seemed a bit off. Is he really being bullied just because he’s young?

[+249] I instantly thought of the time they were on Happy Camp playing Jenga last year. I forgot who pushed our baby. That scared He Jiong so much, he instantly went to help. After the game they also said our baby was the worst at the game. I guess they’re just used to bullying our baby. Fans, don’t say I’m taking things out of context, I’ve just been learning from you.

[+254] Playing around is nothing, but what about the last one?

Who Will Be The Next World Class Stars In K-Pop? New Idol Groups To Debut As Part Of The Generational Change