Fans in Korea have spotted a large promotional ad posted up at SM COEX Artium for INFINITE‘s exciting group comeback with their album Reality.

INFINITE is currently housed under Woollim Entertainment, who was acquired and merged with one of SM Entertainment’s subsidiary company SM C&C (Culture & Content) in August 2013 but have retained their name as an independent label.

With that link in mind, it doesn’t seem so surprising that INFINITE’s comeback is being promoted at SME’s multi-purpose cultural building, SM COEX Artium which held its grand opening in January 2015.

The Woollim Entertainment group is finally holding a comeback as a whole after several individual and unit activities, including a solo comeback from member Sungkyu earlier this year, since their album Season 2 in May 2014.

They are set to release their new album Reality, which seemed to have been released earlier than expected on Spotify, on July 13th. 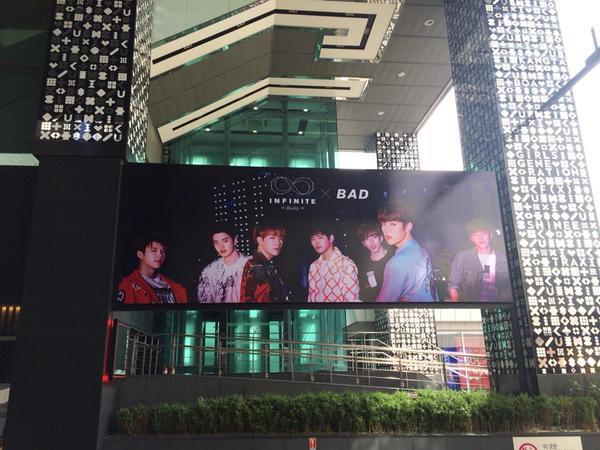