The original post titled, “SNSD’s new song You Think is targeted at Jessica” explained why  many netizens claim that the song is talking about Jessica.

There are three parts in the song that netizens apparently find fitting with SNSD and Jessica’s situation. 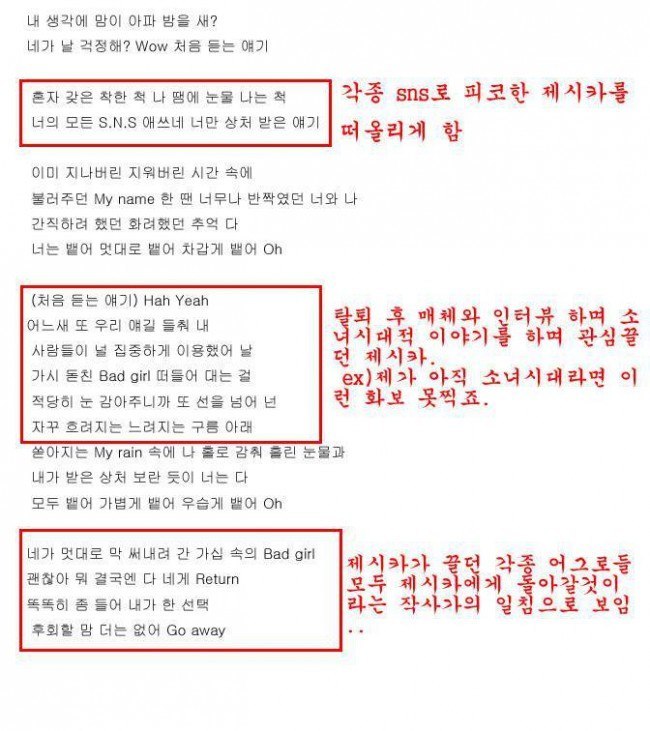 2. (Things I’ve never heard before) Hah Yeah. You uncover stories between us and used me to make people focus on you. As if I were a spiteful Bad Girl. I’ve let it slide and you step over the line again. (Refers to Jessica using stories of SNSD during interviews to gain attention. For example she once said ‘If I were still in SNSD I would not be able to do such photoshoots’)

3. The Bad girl you’ve created in the gossips you’ve spread around well it’s okay it’s all going to return to you. Listen up I have no more thoughts of regret in the choice I made. Go away. (The lyricist is telling Jessica that all the issue she is making is going to return to her)

Especially the lyrics ‘Well it’s okay it’s all going to return to you.’ seems to refer to Jessica’s past Instagram post. 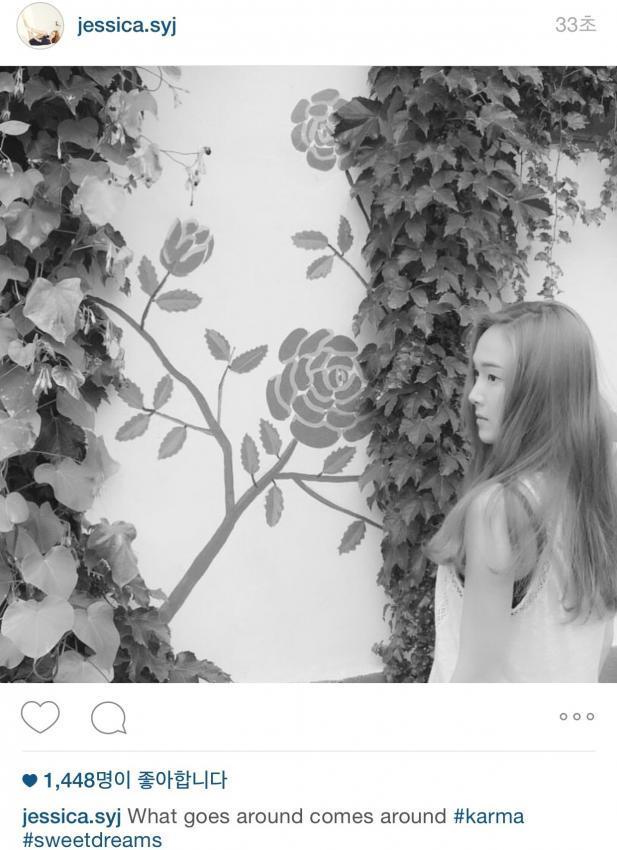 Although some claim that Girls’ Generation wrote these lyrics with Jessica in mind, the lyrics of ‘You Think’ was actually written by lyricist Cho Yoon Kyung.

– At this point no matter what lyrics the girls sang they would relate it to the Jessica situation.
– Isn’t this too much of a stretch?
– True if they want to avoid this they’d have to do another kissing you and sing with lolipop in their hands
– It’s like when they said TVXQ’s song was targeting JYJ. Yunho later on confessed that it wasn’t true but at the time no matter what they were singing people were going to link it to JYJ.