On a recent broadcast, comedian Lee Guk Joo claimed that she looked like EXID‘s Hani, and proceeded to imitate the singer.

Putting on a similar dress and coat, as well as the same hairstyle and hat, the comedian confidently claimed that she was Hani’s look a like, drawing much laughter from viewers. Netizens also found Lee Guk Joo’s claim hilarious, and took it on themselves to find simiarities between the two celebrities. 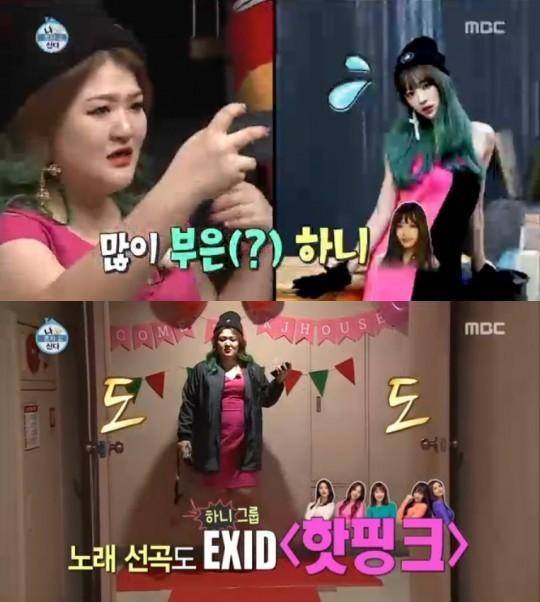 [+ 992, – 57] Elaborate in specific details the similarities between the two (This question is worth 10 points)