Fans send in their greeting for EXO’s Kai as they trend the tag #HappyKimJonginDay on Twitter.

As Kai celebrates his 21st birthday on January 14th, fans created a special hashtag on Twitter to compile their birthday greetings and fond memories of Kai. Since the the tag was created, the tag #HappyKimJonginDay managed to appear and ranked fifth on Twitter’s worldwide trends.

Kai is the second member of EXO to join SM Entertainment after joining the company through its 10th S.M Youth Best Contest back in 2007. He is known to fans for his talents in dancing, specifically jazz, ballet, hiphop, pop and lock and more.

Meanwhile, Kai joins EXO as they continue preparations for their comeback with a confirmed date yet to be specified. The teaser was initially introduced during the 2014 Mnet Asian Music Awards back in December. 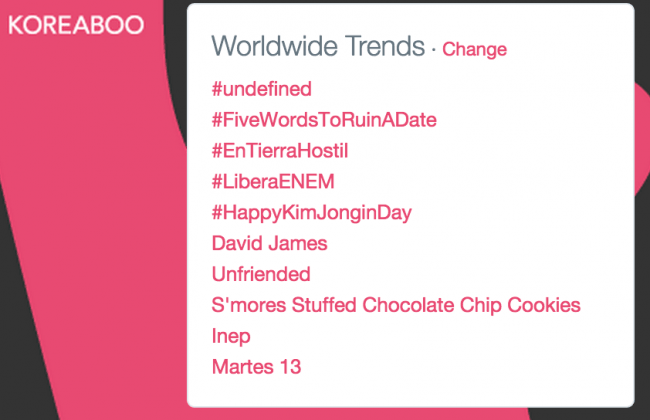