To show their love for their country and the enduring spirit of Korea, many Korean idols and celebrities celebrated the 96th Anniversary of the March 1st Movement.

March 1st marked not only the the day of a historic public movement for Korean independence, but also the drafting of the nation’s Declaration of Independence.

In 1910, the nation of Korea was annexed by the empire of Japan, who at that time was a major world power. Under Japanese rule, Koreans felt oppressed and Korean culture began deteriorating; with Japan’s plan to integrate Korea into its empire, Korean culture and traditions began to be slowly destroyed. When Kojong, the former Emperor of Korea, suddenly passed away in 1919, many believed he was poisoned by the Japanese.

With many believing that the Japanese played a part in the mysterious death of Kojong, activists and intellectuals started a movement all across the country. Caught off guard, the Japanese colonial government was unable to quell the March 1st movement, which broke out into one of the largest public movements in history. 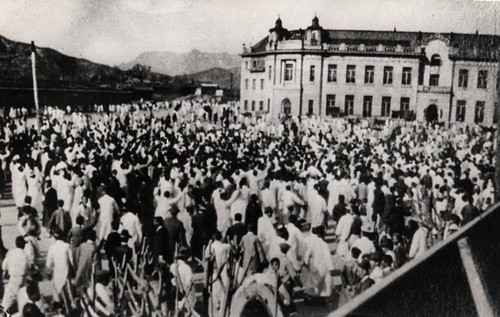 The original goal of the movement was to create awareness of Korean oppression so large that it would catch international attention; although the movement was unable to do so before the Japanese were finally able to control the activists, it did promote a lot of change in Korea.

After the March 1st movement, Japan replaced the Government General of Korea with general Saito Makoto, who started in era known as Cultural Rule in Korea. Under Makoto, Korean culture was more accepted, and the government allowed the proliferation of Korean language and culture.

Many idols and celebrities celebrated the historic day by posting and sharing the Taegukgi, the national flag of South Korea.