The vocalist released one image teaser and a comedic video in anticipation for his fall comeback. The image teaser shows him in a blue trench coat with is face hidden in the shadows of a tree’s leaves and petals. Fans are excited for this concept as his first solo-album At Gwanghwamun featured a similar mellow theme.

In contrast, the artist also shared a comedic parody of a CF with and by f(x)’s Amber to further promote his solo venture. 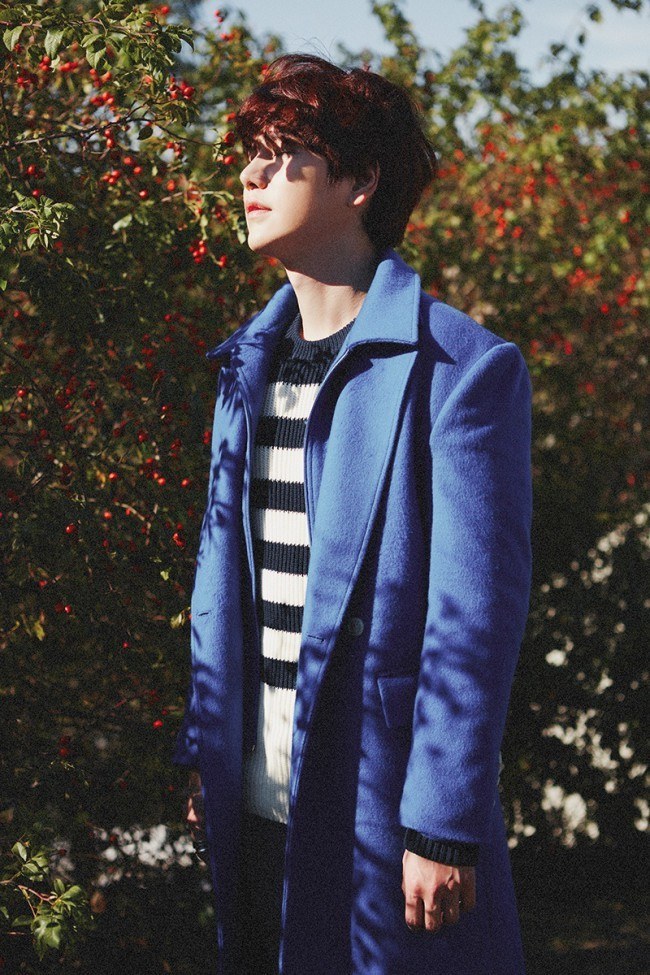