On a recent broadcast of My Little TV, rookie group G-Friend brought a lot of attention after discovering a roll of toilet paper on a man’s desk while trying to clean the room. 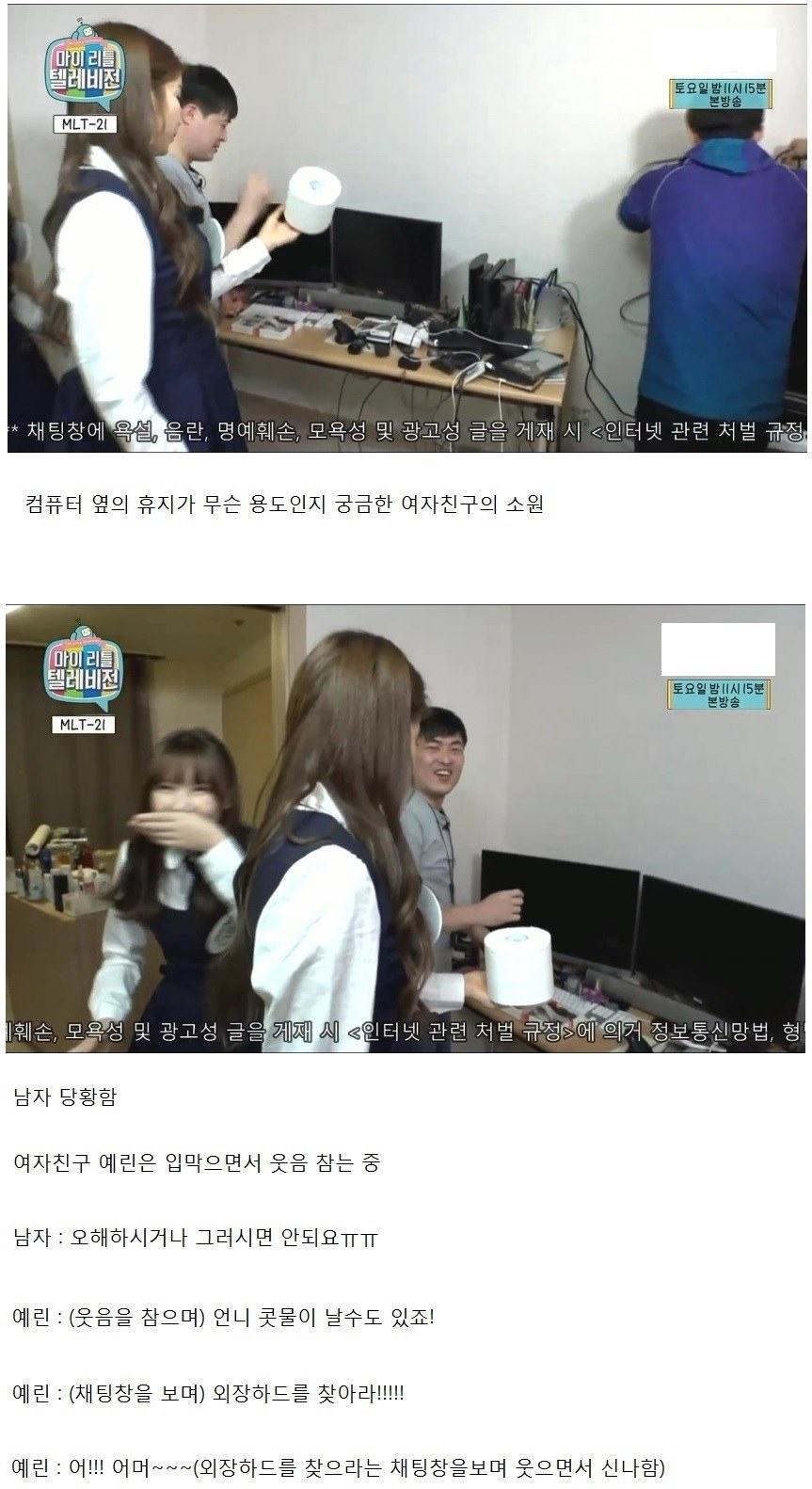 “Sowon acting curious as to why the roll of toilet paper is beside the computer. The guy becomes flustered and Yerin tries hard not to laugh.”

Guy: Don’t be mistaken it’s not like that ㅠㅠ

Yerin: Yes his nose could be runny

Yerin: (Looking at the chat) Look for an external hard drive!!!!! 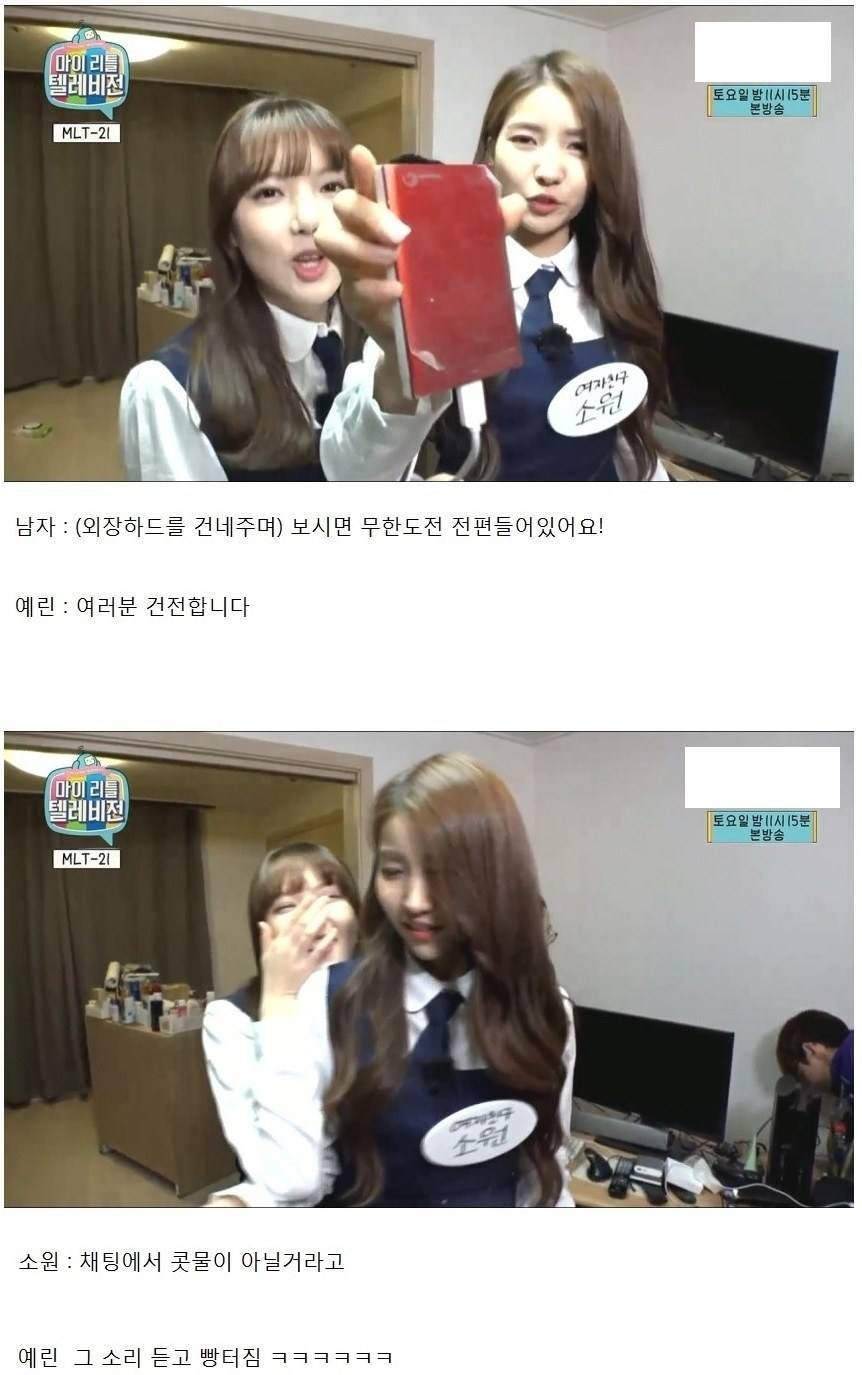 Guy: (Handing over the external drive) There’s the entire series of Infinite Challenge in there! 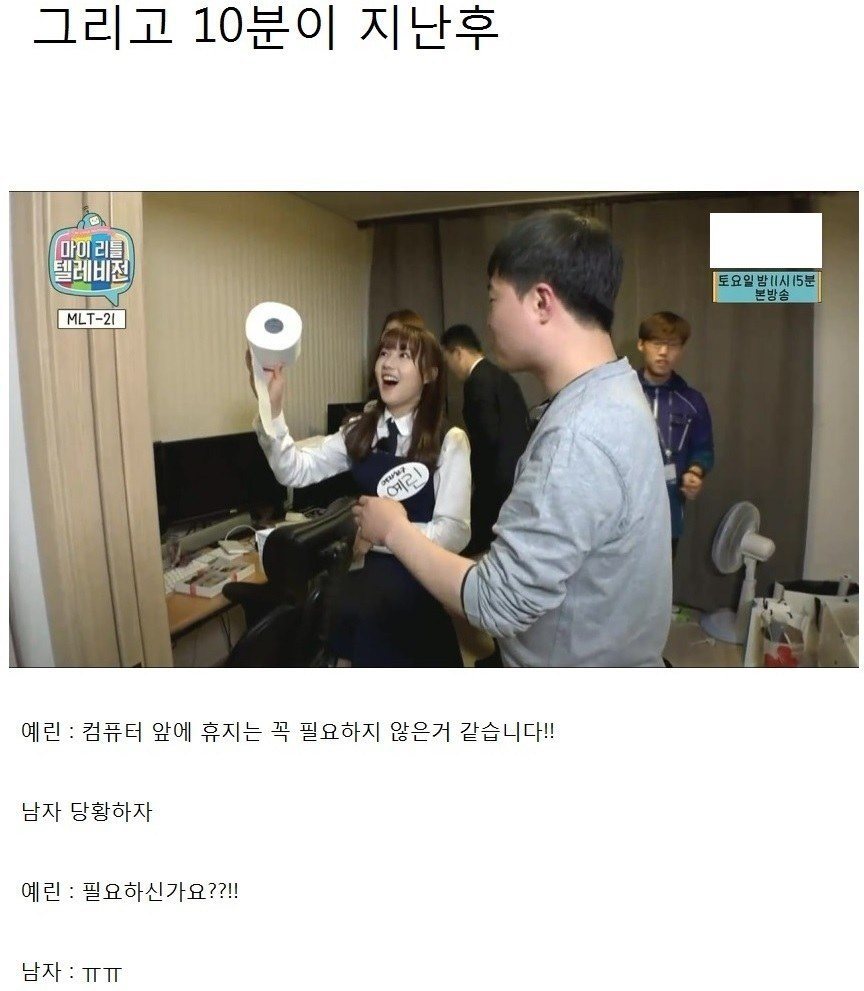 Yerin: I don’t think this roll of toilet paper is needed

Yerin: Do you need it?