Earlier, we reported that Kim Sohye was being criticized for her alleged ‘iljin’ or bully past through evidence of her SNS accounts. Although she has been able to connect with fans through program “Produce 101,” could she have lot many fans through these alleged rumors?

Titled “Another Photo of Kim Sohye’s Past,” here is the direct translation of the post and comments below. 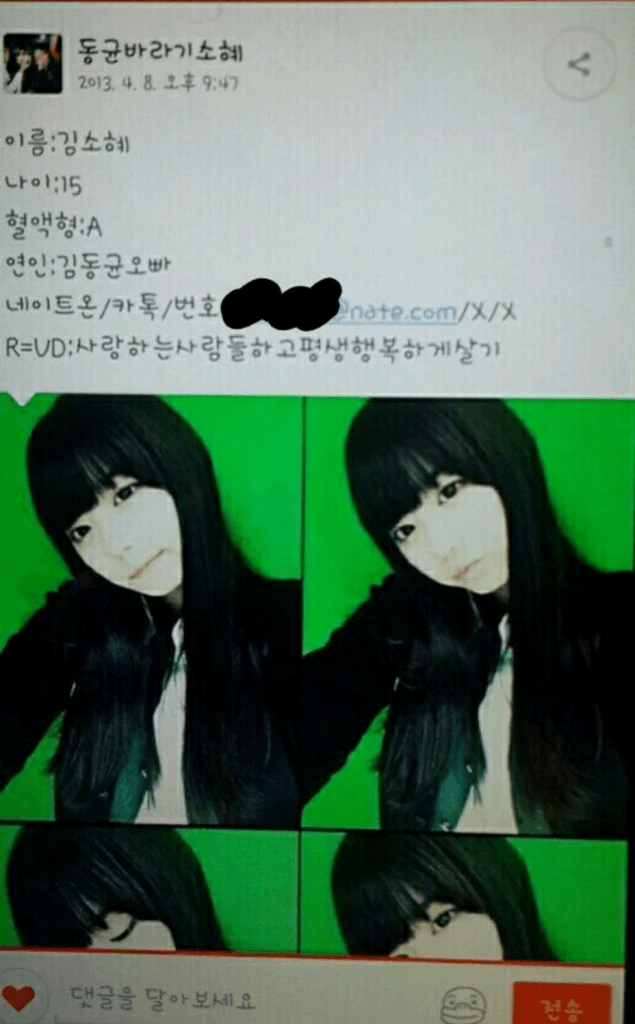 To live happily with people I love. 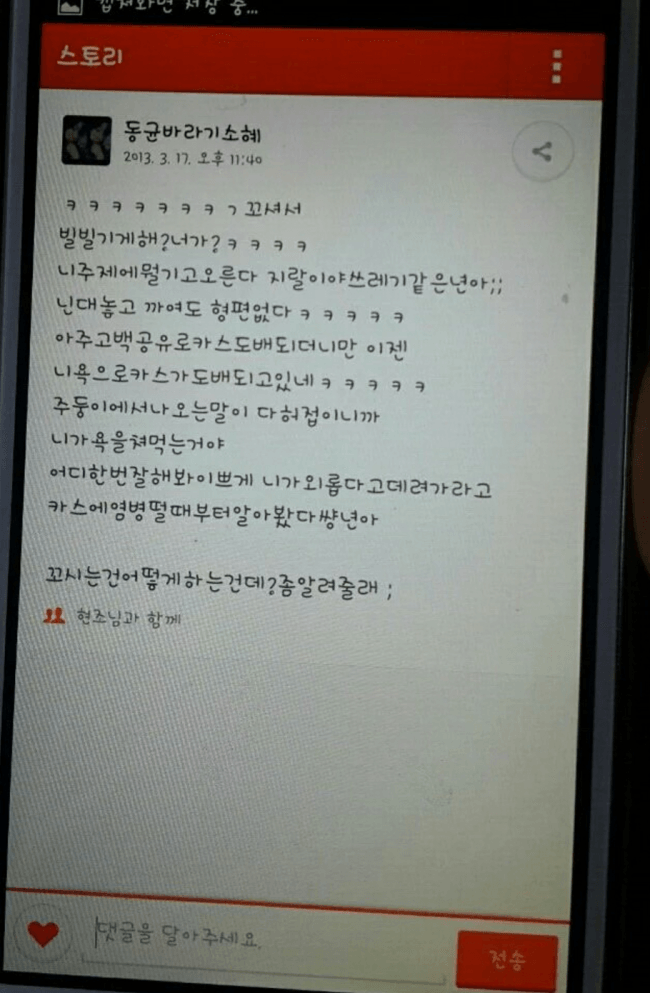 try to seduce him and make him crawl on the ground? You? hahahahaah

You f*cking trash b*tch, you are annoying me without knowing how low life you are;;

You deserve to be publicly shamed hahahaha

it is being flooded with criticism towards you hahahahahaha

That is why you are being cussed at.

Good luck trying to be pretty. I knew it the second you were claiming that

you were lonely and trying to tell him to pick you up you f*cking b*tch.

How do you seduce someone huh? Please let me know as well;

Hahahaha another post of what Kim Sohye said in the past. hahahaahah Kim Sohye is amazing in different ways really.”

[ +109 / -60] The first photo isn’t a problem since it was with her boyfriend right? But I guess the girl tried to steal Kim Sohye’s boyfriend. I’m not trying to protect her but I guess that girl deserved it?

[ +92 / -15] Kim Sohye fans claiming that this was fake rumor and post? hahahaahahahahahahaha Who said that? Don’t make up stories to protect your girl