Since joining hit reality show We Got Married, BTOB‘s Sungjae and Red Velvet‘s Joy have quickly become one of the most popular virtual couples ever.

In fact, the two have become so popular as a couple that fan’s just can’t seem to stop talking about their incredible compatibility and heart-fluttering chemistry. Despite everyone’s love for the two, however, it was recently announced that they would soon be leaving We Got Married and will be replaced by another couple. Although fans had expected that they would be leaving the show soon, netizens were still upset by the news, with many expressing their emotions online. 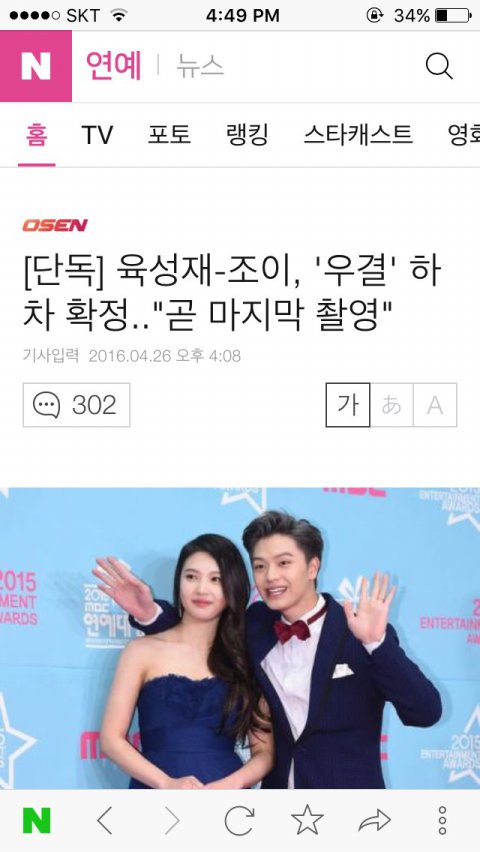 [+ 102, – 8] Their chemistry was so great. I’m sad that I’m not going to be able to see it again. They were an idol couple but they were so likable that they got no hate….I’m going to stan BtoB and RV because of them now