With Girls’ Generation having been a top girl group for so long, surpassing them has been the goal of many young rising groups.

In fact, netizens recently noticed that while praising the success of other female idol groups, media outlets have often compared their achievements to the SM Entertainment group. However, many found it amusing that despite news stories constantly insisting that Girls’ Generation needs to “move aside” for other rising stars, they have continued to shine at the top of the industry.

Article titles:
“Girl Hood” Ajummas bring their dreams back from taking care of their husbands and kids ‘SNSD’ move aside.

SNSD move aside! Davichi is coming

Jang Yewon takes over the role as midnight MC…SNSD Sooyoung move aside! 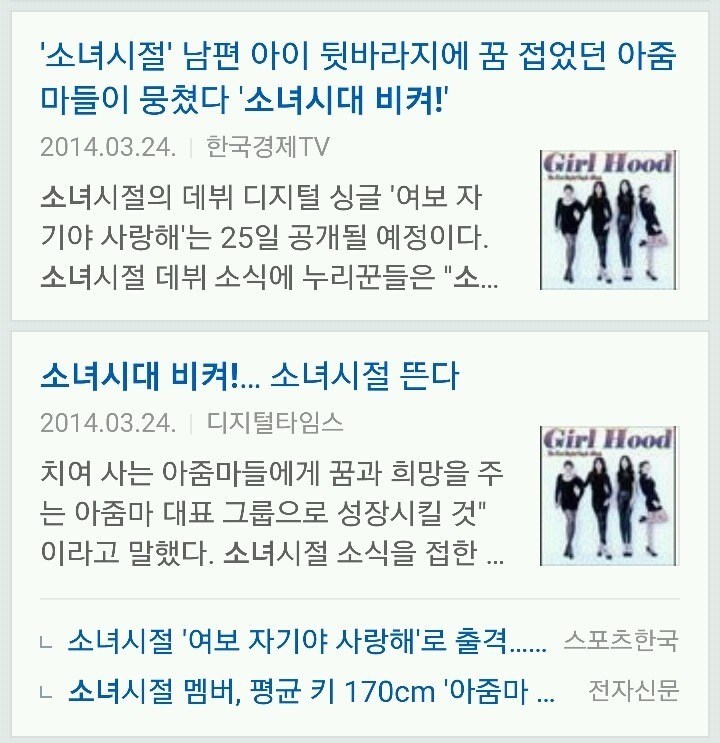 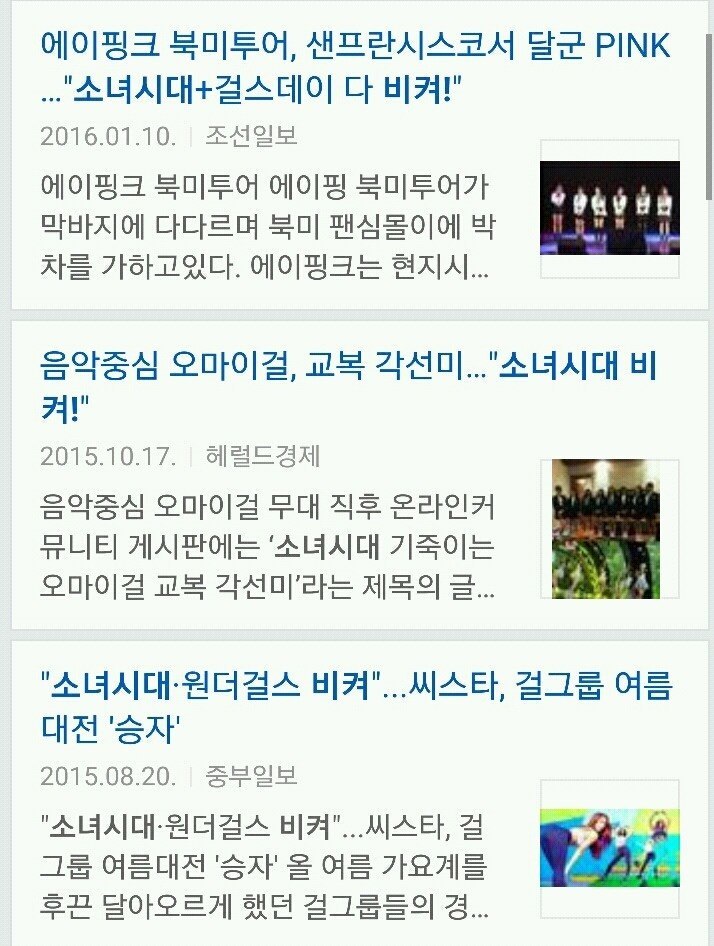