After a long hiatus, many fans are anticipating the release of solo singer Lee Hi‘s comeback album.

Upon seeing the tracklist for the album, however, netizens couldn’t hide their excitement for the YG Entertainment singer’s upcoming songs, which feature some of the hottest stars in the industry. In addition to a title track written and composed by SHINee‘s Jonghyun, several songs from Lee Hi’s half album Seoulite will feature popular artists such as Dok2, Incredivle, and WINNER‘s Mino. With such amazing collaborations, fans are anxiously anticipating the album’s release. 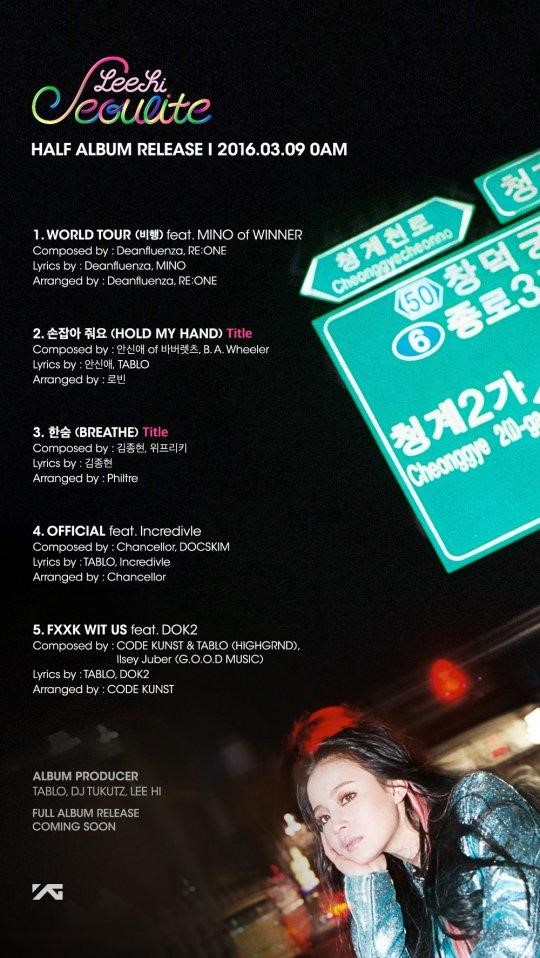