While some claimed that the Idol Athletic Championship was turning into a circus, netizens noticed that the members of Red Velvet were absolutely adorable at the event.

After seeing photos and footage from the sporting event, during which the SM Entertainment group members huddled closely and bonded, netizens noted that the girls were especially cute. From their cute huddle to an attempted kiss between members, Red Velvet’s antics at the Idol Athletic Championship won over the hearts of fans. 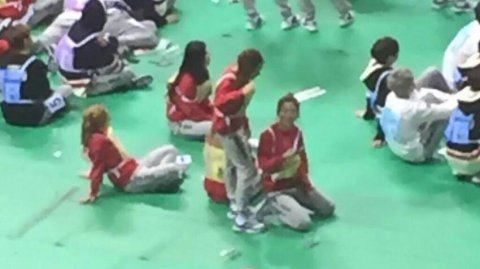 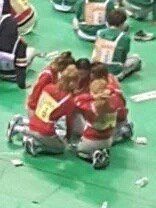