If you’ve heard anything about North Korea lately, it’s likely been about its leader Kim Jong-un’s health issues and his disappearance from the public eye. Stories that focus on every detail of the regime leadership, the threat of nuclear weapons, and the politics are incredibly common and tend to dominate the narrative on North Korea, but there’s a more powerful, inspiring story that’s begun to rise—the story of the North Korean people. Through a series of guest blogs, we will bring you up to speed on this new story of resiliency and hope. To start, here’s a quick primer on the subject.

1. How North Korea Came to Be

We could write out the history of North Korea, but that would be long, dry, and definitely not as interesting as watching this quick video that tells you all you need to know. 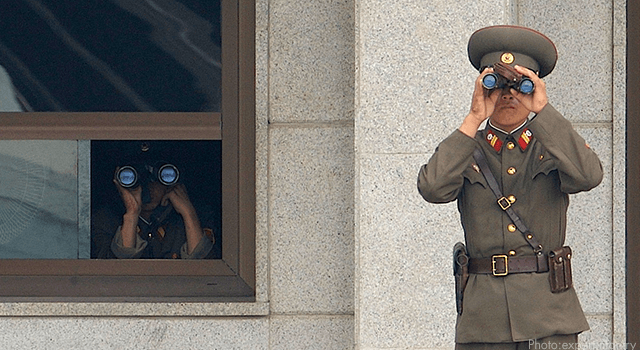 2. How the World Responds to North Korea

Instead of focusing on the vast humanitarian and human rights issues facing the North Korean people, most governments have put a lot of focus on North Korea’s development of missiles and nuclear weapons. The international community has responded to the regime’s belligerence mainly through containment and economic sanctions, and though many experts and officials would privately acknowledge that the regime is unlikely to ever give up their nuclear weapons, sanctions are still seen as the best way to manage the security problems and also demonstrate to other countries that such behavior incurs costs.

China has also undermined attempts to pressure Pyongyang into changing direction through sanctions and isolation by massively increasing trade and investment into North Korea over the last decade. In any case rather than sanctions, the biggest force closing off and constraining the economic development of North Korea is the regime itself: through their self-isolation, refusal to implement desperately needed economic reforms, and wasting resources on luxuries for the elite, including water parks and ski resorts.

Despite the huge focus on the security and political aspects of North Korea, that side of the issue is actually remarkably consistent, pacing through a well-worn cycle between negotiations and provocations. It’s hard to imagine sustainable solutions emerging from this deep-rooted stalemate.

Meanwhile, the lives of 24 million people in North Korea are sadly not prioritized at the level of high politics.

3. The Structure of Oppression in North Korea Is Horrific

The regime prevents the North Korean people from speaking out against the government, moving freely both within and out of the country, and even watching foreign movies and TV shows like Iron Man and Rooftop Prince. If you lived in North Korea and were caught watching your favorite K-drama that had been smuggled into the country, you could be ruthlessly punished through methods including torture, forced labor, or even execution.

There are currently between 80,000 and 120,000 people held in five political prison camps in North Korea for having dared to challenge the system even in a small way, or just for being related to a dissenter. This zero-tolerance policy against political dissent is how the regime maintains power and control.

When famine shook the country in the mid-1990s, up to a million people died from starvation. In order to survive, many North Koreans started their own businesses, selling food and goods in pop-up markets called jangmadang.

These businesses provided the necessary income that helped many North Koreans survive and become more independent even while the regime tried to hold them down. The markets also gave people a place to buy and trade illegal foreign media, which they could then take home to watch with their families. By seeing a different perspective of the world, they began to doubt the regime’s propaganda.

If these long-term, bottom-up social changes continue, they will increasingly make the regime’s efforts to maintain control through ideology and oppression unsustainable.

5. Refugees Are a Bridge Back to North Korea

This is Joo Yang. Her parents escaped North Korea in 2007 and 2008, leaving her alone until she could make a safe escape. While she waited for her chance to flee, her family stayed in touch. They sent her a Toshiba laptop, an Mp3 player, clothing, and money through broker networks.

She used the laptop to play smuggled DVDs of James Bond films and South Korean dramas. With the money, she bought goods to sell and was able to bribe suspicious officials. Joo Yang escaped in 2010 and is one of over 26,000 North Koreans who have made it all the way to South Korea.

Half of the North Koreans who escape keep in contact with their families still inside the country, just as Joo Yang’s parents had. They do this through illegal Chinese mobile phones that are smuggled into the border towns. Instead of receiving information about the outside world and their country from the regime, the people are getting it from those they trust and this is changing their ideas and attitudes.

Additionally, North Korean refugees send what amounts to millions of dollars to their families still inside North Korea every year through brokers and smugglers. With the money, their loved ones are able to buy essential items like bicycles to travel to and from the markets or use it as seed money to start a business. Joo Yang used the money her family sent her to buy socks, cigarettes, and snacks to sell for a profit, which enabled her to support herself until her family could help her escape.

Visit North Korea Refugee Rescues to learn how you can stand with the North Korean people as they drive change inside their country.
This is a new weekly series in partnership with Liberty in North Korea (LiNK) where we will bring Koreaboo readers a feature piece on North Korea.