For most of my young, curious Korean students, discussing hip-hop and K-Pop was a means to break the ice. We each had cultural reference points to work from, and it made it easier to separate or associate ourselves with pop culture.

In part 1, I explained how I needed to “escape the proverbial Western bubble and challenge my self-identity by physically engaging with a foreign culture.” That was one of a number of reasons why I lived in South Korea. And that “inner-quest for universal understanding” inspired me to capture my experience through my videos, but ROKetship, a brilliant comic strip by Luke Martin, captured the true essence of day-to-day life in Korea. The quirky, cross-cultural observations brought Korean idiosyncrasies to the forefront, and almost every foreigner (waygook-in) living in the country could relate.

Stay tuned for our exclusive interview with Luke Martin, but right now, this is part 2 of the top 15 funny things most foreigners have experienced in South Korea:

That small, secret anxiety about North Korea, which lies dormant most of the time, kicks in when this loud ass bongo truck creeps up on you, selling products or spewing out political messages. 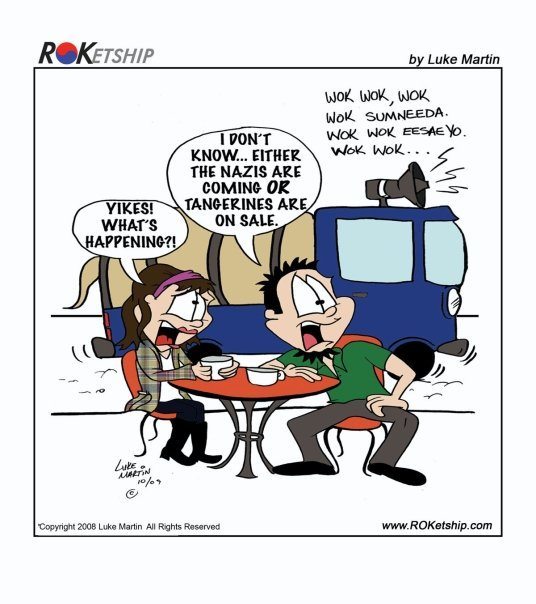 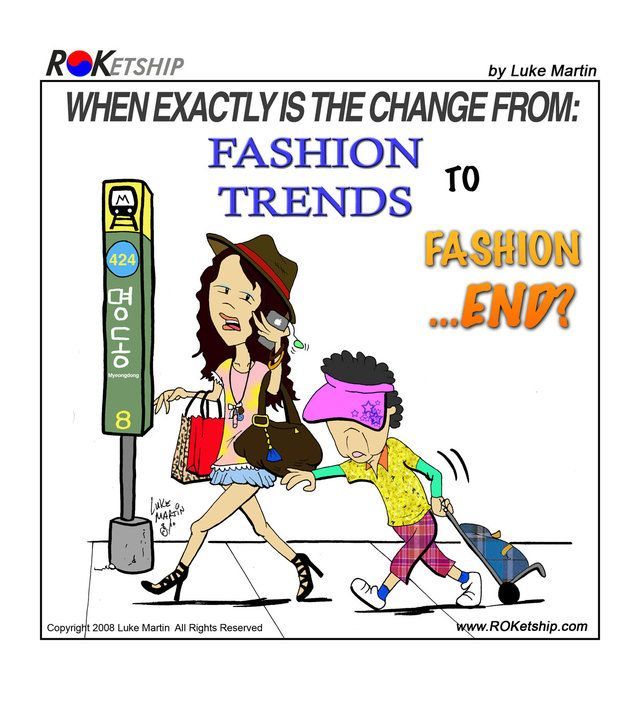 The cutest warning signs exist in some Korean restaurants. Warning: you’re about to eat this beautiful, innocent family of swine. Enjoy! 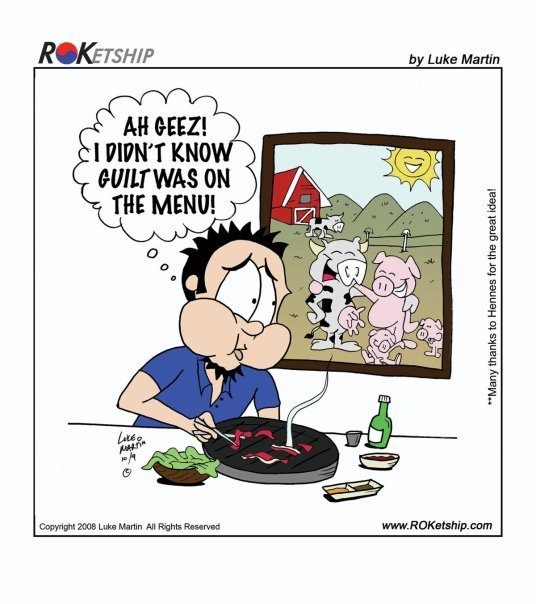 Young Koreans are opting to learn Chinese Mandarin now, at least simultaneously with English. Private English tutoring, however, for E-2 visa holding Western teachers, has always been somewhat illegal in Korea. Private tutoring feels and looks like a small mafia deal, because students are constantly trying to get ahead. 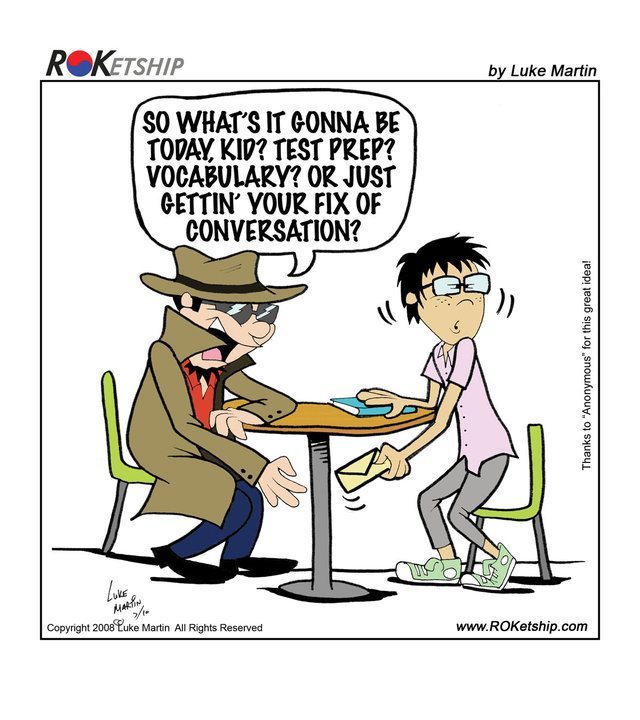 I maintained my own dreadlocks during my time in Korea. Cutting techniques is very different for Black (African) hair; Asians and Caucasians have a lot more in common. I brought a picture of Usher so that the barber could emulate his style, the edge of his head– but the barber just…gave up. I’m glad he didn’t give me a “Welcome to Korea” hairstyle though. 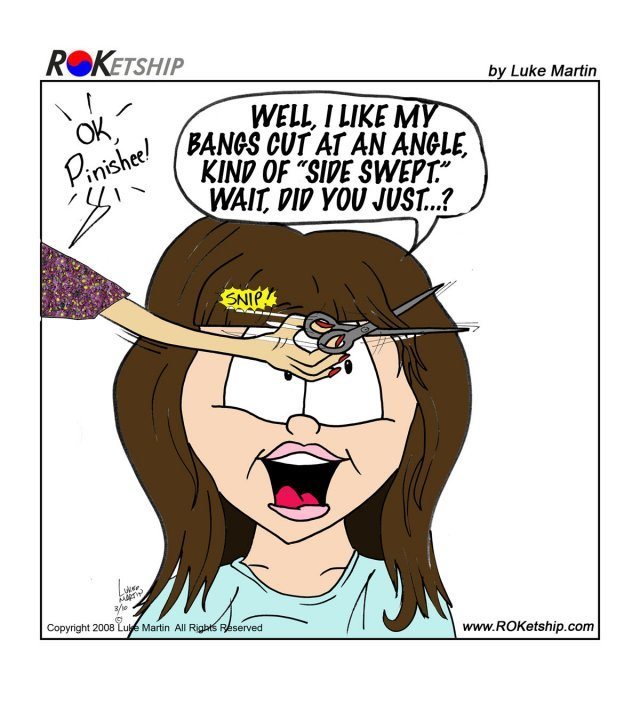 Whether it’s K-dramas, Turkish dramas (popular throughout the Middle East), or telenovelas in Latin America– the style, theme, and even the climactic scenes are similar. Your average boyfriend just isn’t surprised anymore, ladies. 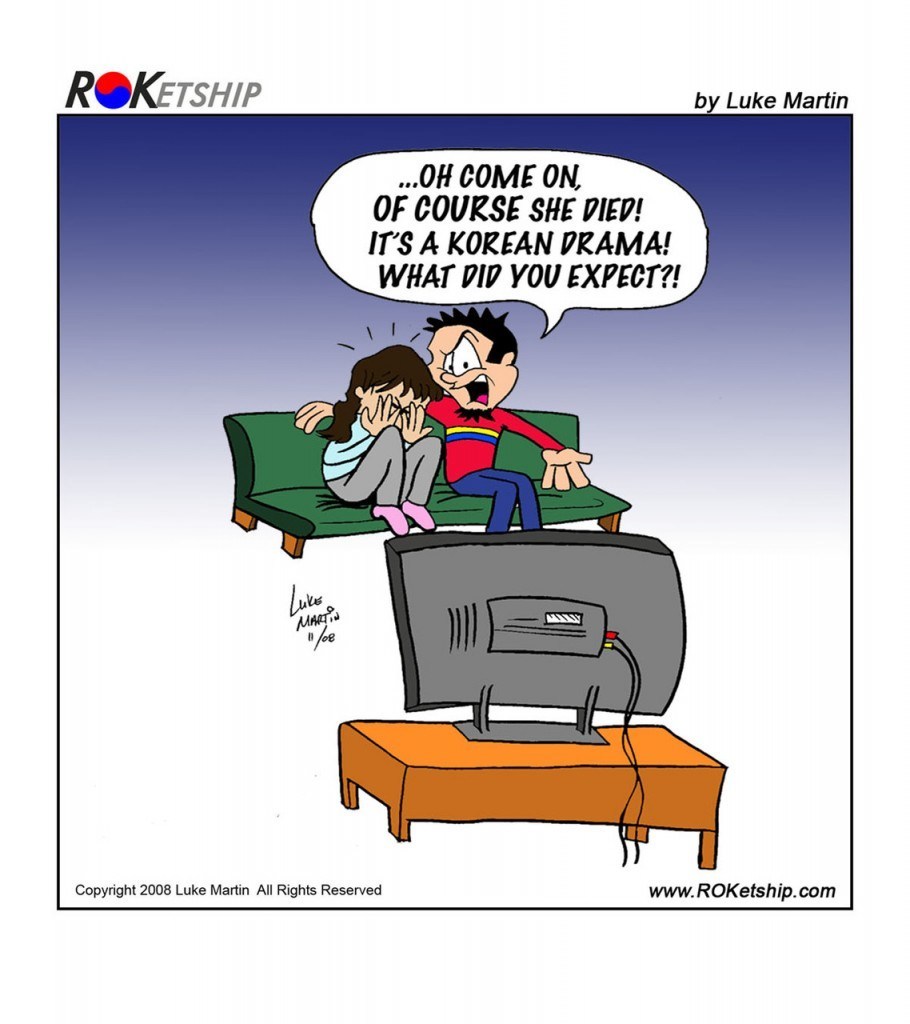 These are called Bungeoppang (붕어빵), a very popular Korean pastry that, when bitten too fast, will have your taste buds leaking out of your ears. It’s prepared fresh from a waffle iron during the winter months; it’s very hot and addictive, and you can purchase 3-4 of these for a $1. In Japan, they’re called Taiyaki. Bite slowly, or you’ll have red bean paste lava seeping through your lips. 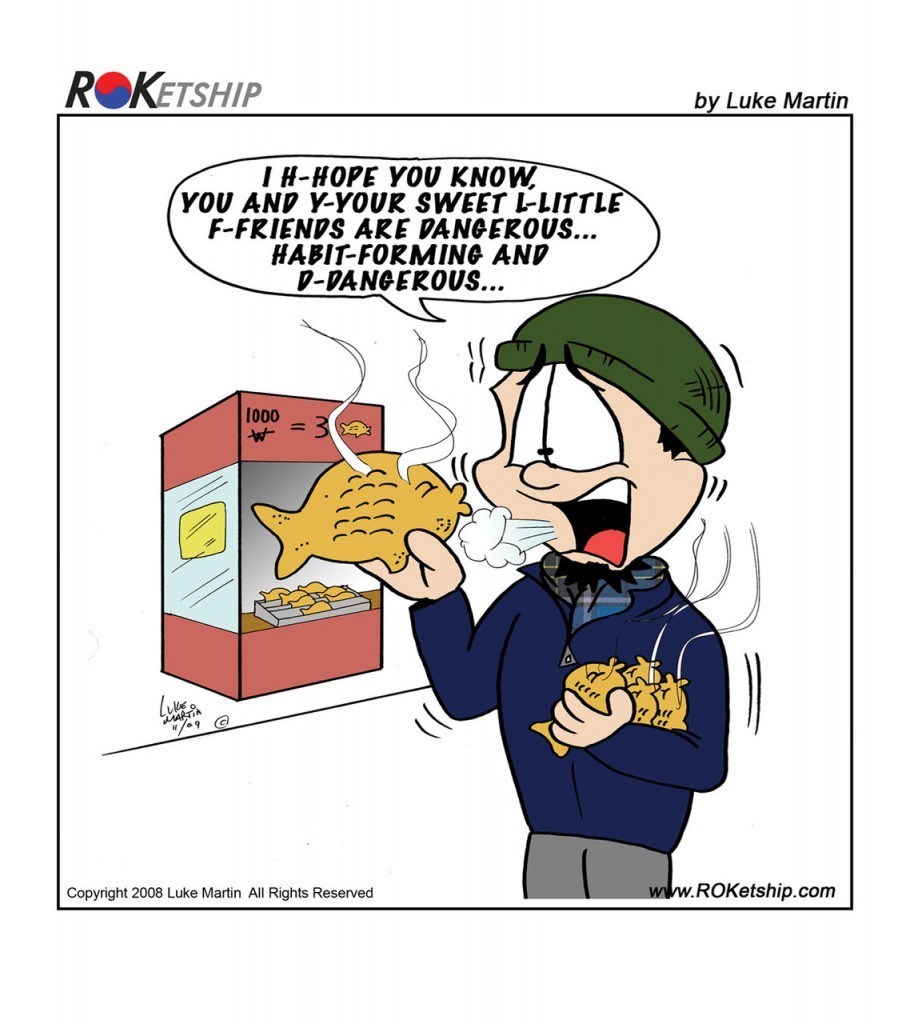 The public transportation system in Korea is absolutely amazing. But I believe Korean bus drivers are secret Nascar drivers who get a commission on how much they can inflict the most whiplash injuries. I broke my neck twice in just one instance. First, I thought I saw actress Oh In-hye (오인혜) casually walking down the street and then the bus driver did an illegal u-turn because he missed the exit; my next snapped back in place. And I’m dead now. Someone else is writing this. 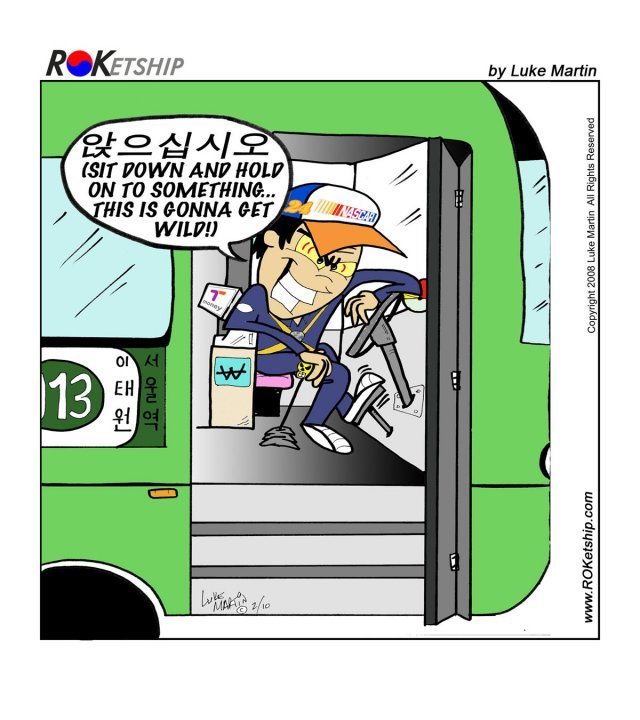 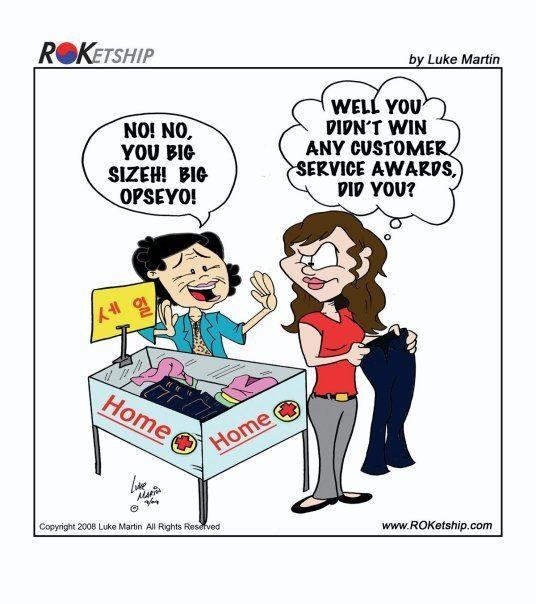 An elderly person working in Korea is actually no laughing matter due to the rise in poverty rates among the elderly, but this image illustrates their work ethic, and how healthy eating and an active outdoor life is beneficial for long-term good health. 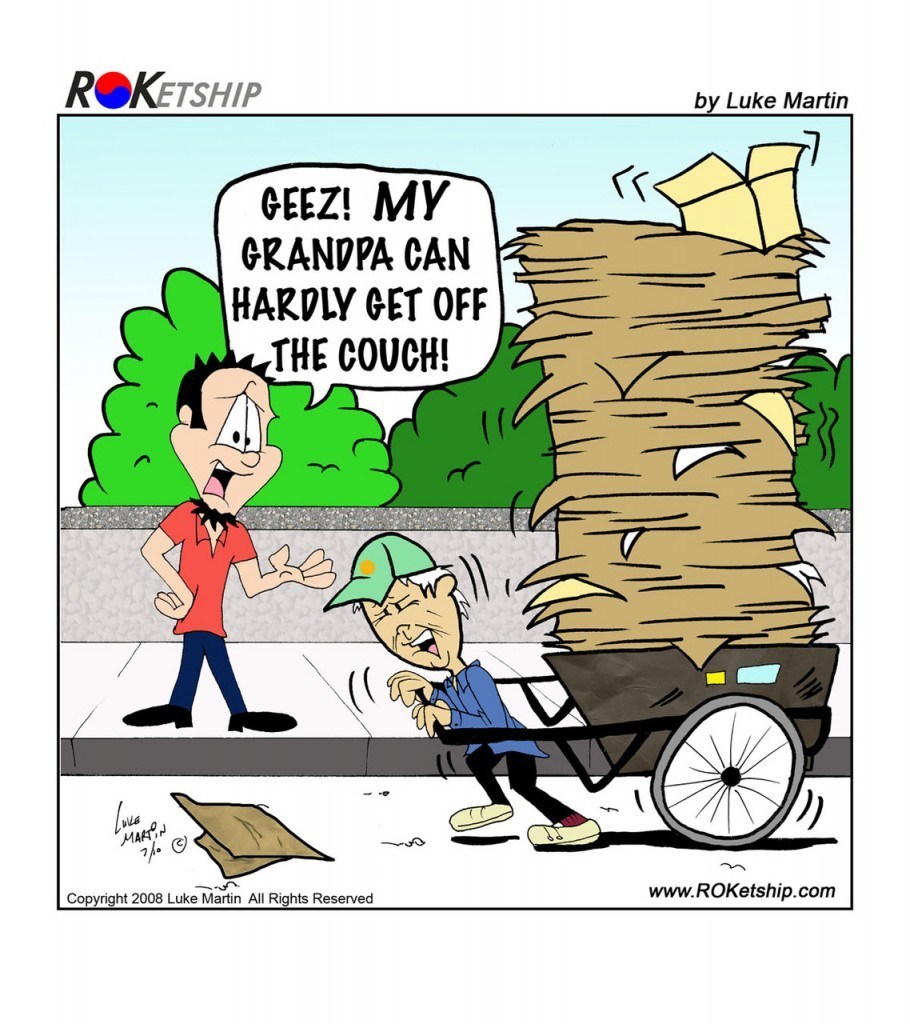 For foreigners who don’t attempt to assimilate, it can be quite difficult to reconcile with the feeling of being disconnected from their life back home. The honeymoon phase soon fades and homesickness kicks in. Still, it’s only human to occasionally miss your close family who reside thousands of miles away. 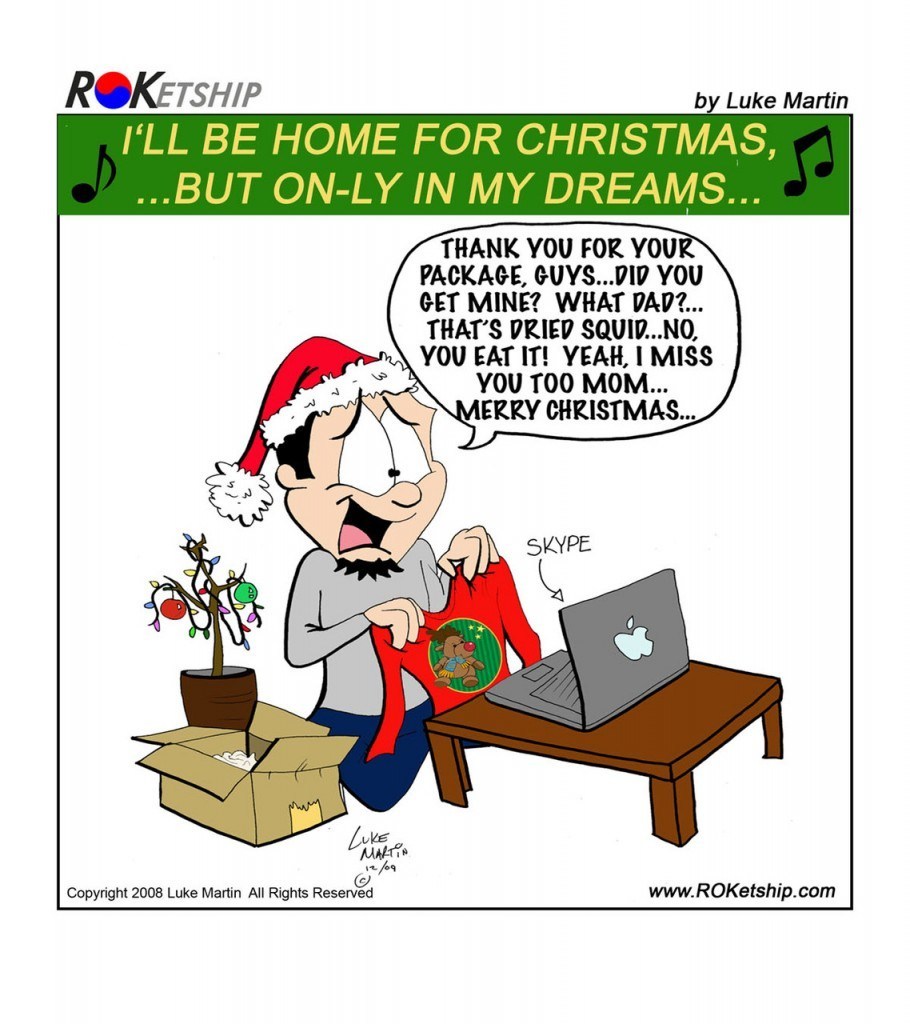 Imagine 3 Korean women, holding a pamphlet with a White Jesus on it, knocking on a door. A black guy, with no shirt on, long hair and tattoos opens the door. Yep…awkward. I thought it was my “friend” who was supposed to come over at the same time. That was my hilarious introduction to Christianity in Korea, a religion that is actually still growing, despite their president, Park Geun-hye, being an atheist with mere ties to Christianity and Buddhism. 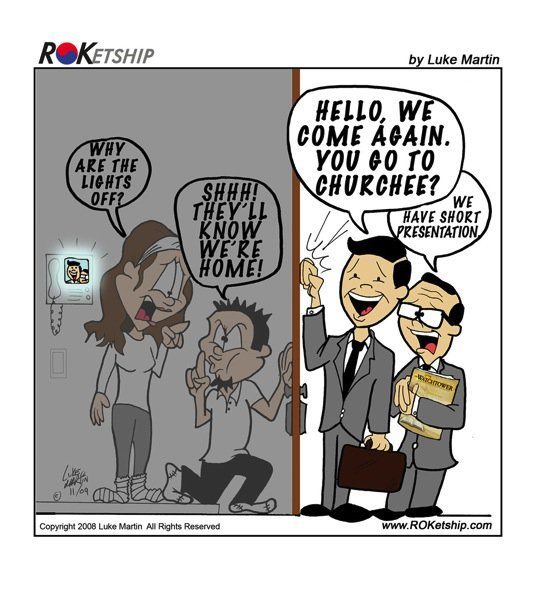 Spam is somewhat of luxury item in South Korea. Yes. Spam. Expect a load of it during Chuseok, Korea’s thanksgiving. Spam became popular in Korea during the Korean War. It’s an American export which Americans don’t view as a luxury item, but it doesn’t matter. Feed him/her some Budae Jjigae (부대찌개), a delicious army base stew, and they’ll fall in love with it. 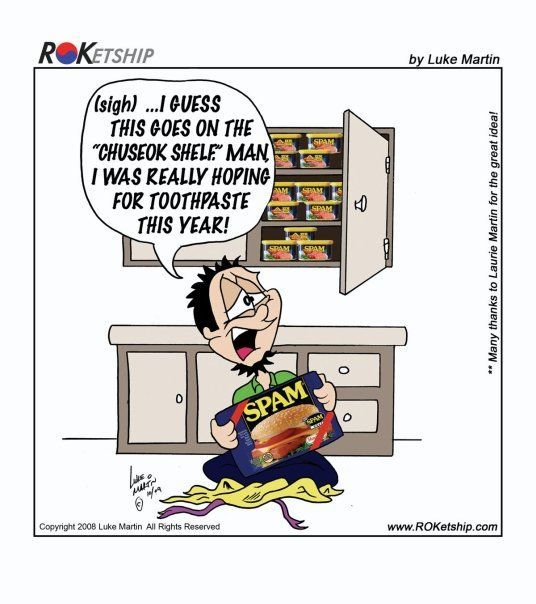 Korea has always been one of the global leaders in technology and innovation. They’re the world’s most connected country with the fastest internet in the world. My flip phone, in 2010, was also just a sad piece of product to have at that time. 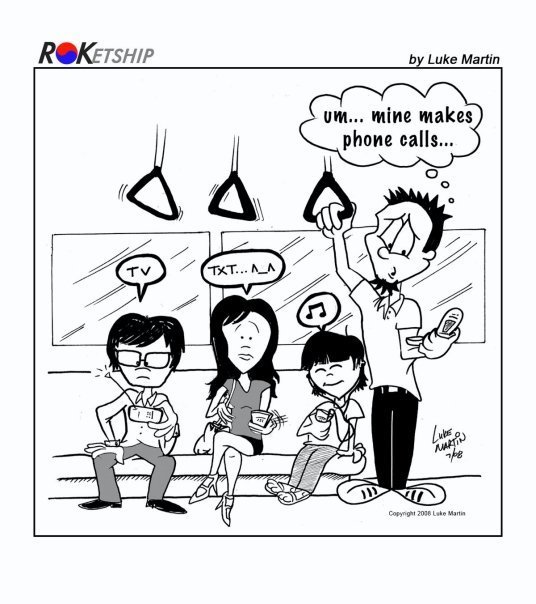 If you look foreign enough (code word: non-Asian), you can usually bypass that overly aggressive salesperson. 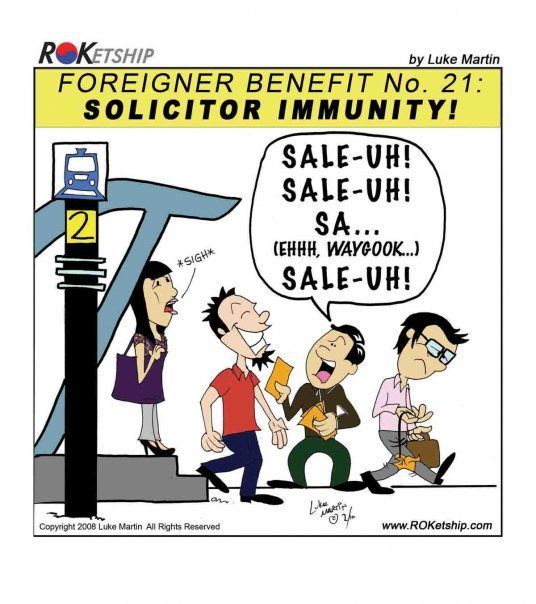 Bonus: Norebang (karaoke) in South Korea is absolutely hilarious; it’s the perfect way to deepen the relationship with your friends and develop rapport with perfect strangers. It’s people, regardless of age, participating in sheer debauchery with drinks and food. The video below was shot in Philadelphia, not Korea, but it’s a quick example of the pure shenanigans that you’d most likely experience in Korea, too.

About The Author:
Wilkine Brutus is a Haitian-American writer and digital content producer exploring the human condition.