On December 4th 2015, a Korean tabloid called “Korean Daily” released an article that claimed Red Velvet’s Joy and BTS V are in a relationship.

The translation of the post states, “BTS and Red Velvet became close as they ran into each other often during their international promotions and award shows. According to stories V is close to EXO’s Baekhyun and he was the one who introduced Joy and V. Joy and V have been keeping their relationship going privately messaging each other. A picture of the two together sticking their lips out as if to kiss each other.” 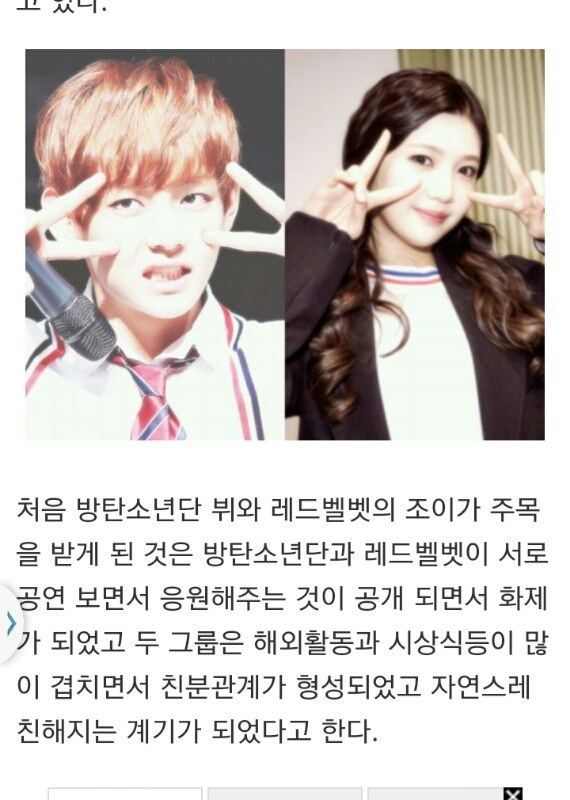 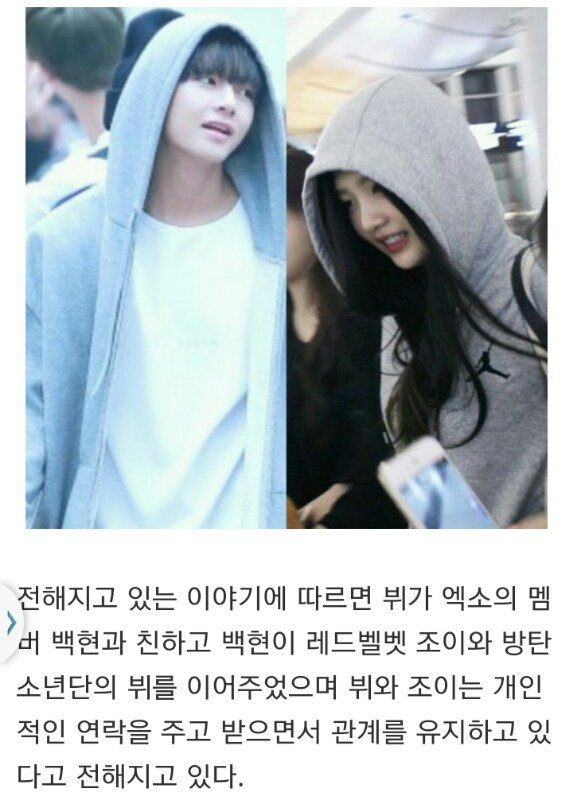 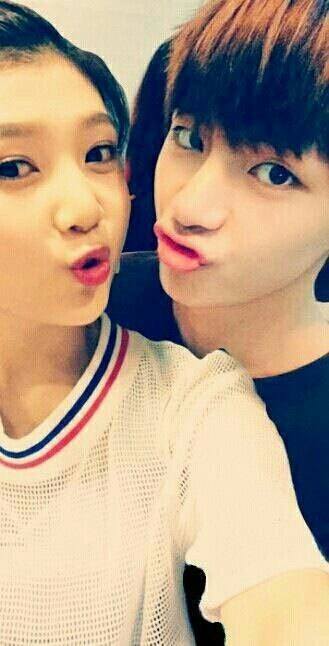 Netizens who came across the article were first startled by the post but soon laughed at the reporter and tabloid stating that they did not have a single piece of evidence to prove this news and the picture of V and Joy together was a fan photoshopped picture.