Sub-vocal Nahyun (@SONAMOO_Nahyun) and low rapper D.ana (@SONAMOO_Dana) from SONAMOO treated fans on Twitter to two pictures of them as they stretched in their practice room.

The first picture, released by D.ana, was a photo of the girls stretching in colorful Nike leggings and shirts that were rolled up to look like crop tops. The girls showed off their slim figures as D.ana stated, “Today is the first time Nahyun and I recorded!! We are both dressed in couple sports wear!! What could it be that we recorded???”

Nahyun  also posted a selca on her Twitter saying, “Everyone, it’s me Nahyun! Guess what me and my friend D.ana shot? My heart is racing…” drawing curiosity from netizens.

SONAMOO debuted in early January with their track “Déjà Vu,” and have already garnered a spot for themselves as they surpassed hot groups like EXO and SHINee in album sales, according to the Gaon Charts. 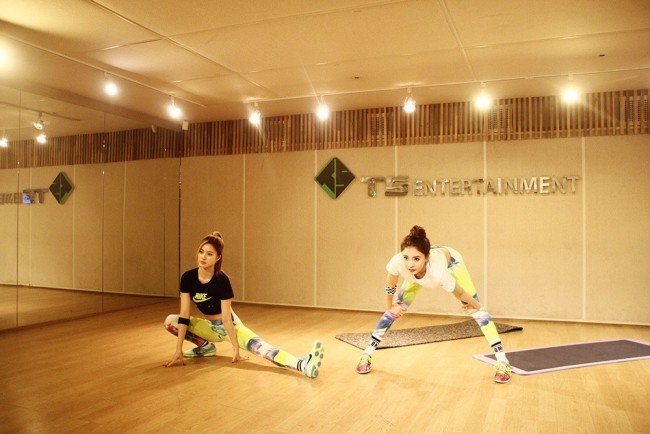 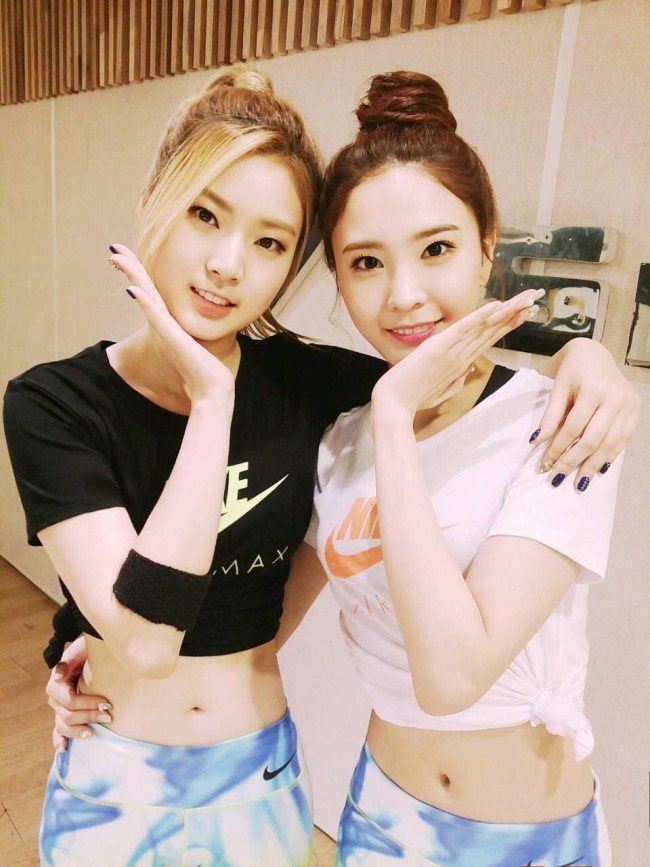