Girls’ Generation Taeyeon has revealed to her fans on why she decided to cut her hair. The story told my Taeyeon herself is becoming viral in online communities that is making netizens and fans smile.

Titled “The Story Behind Taeyeon’s Haircut,” here is the direct translation of the post and comments below.

“Behind story of Taeyeon’s hair cut by Taeyeon. 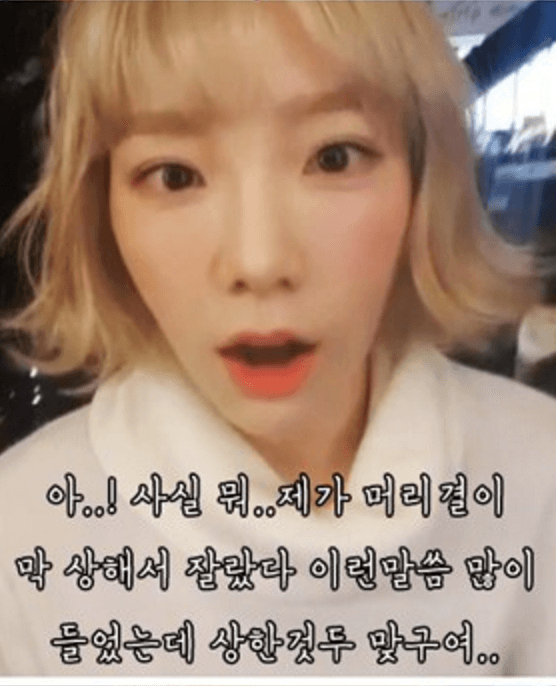 Ah..! Well many people have been speculating that I cut my hair due to my hair being damaged from coloring which is partly true.. 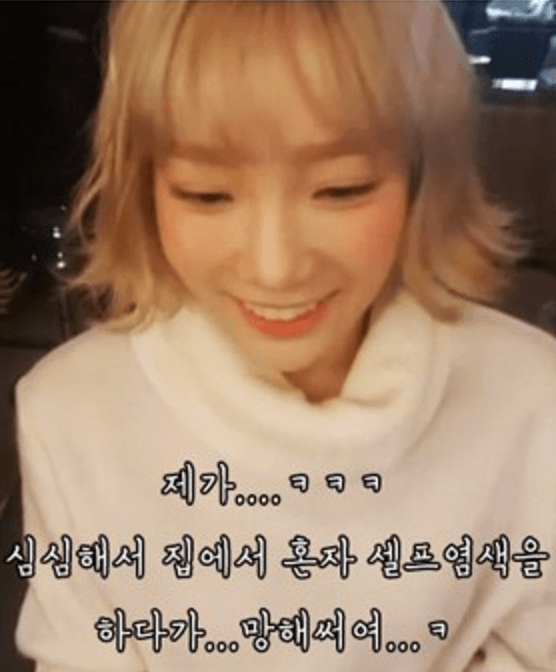 Well I…. hahaha I was bored and did the colored my hair myself…. and I screwed up… ha 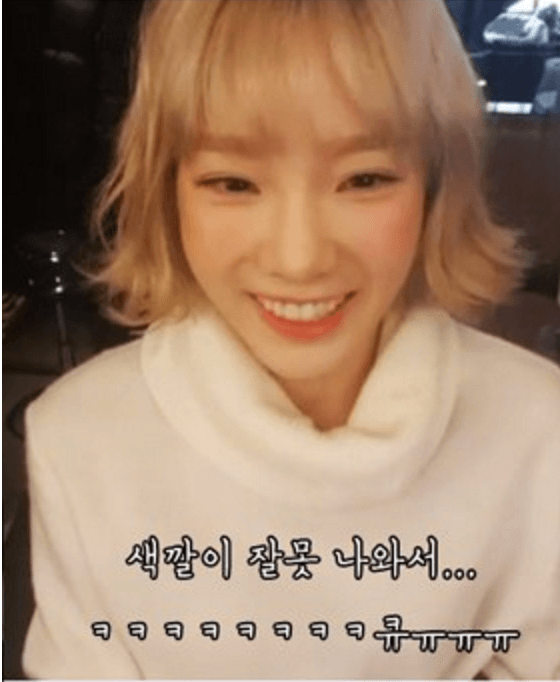 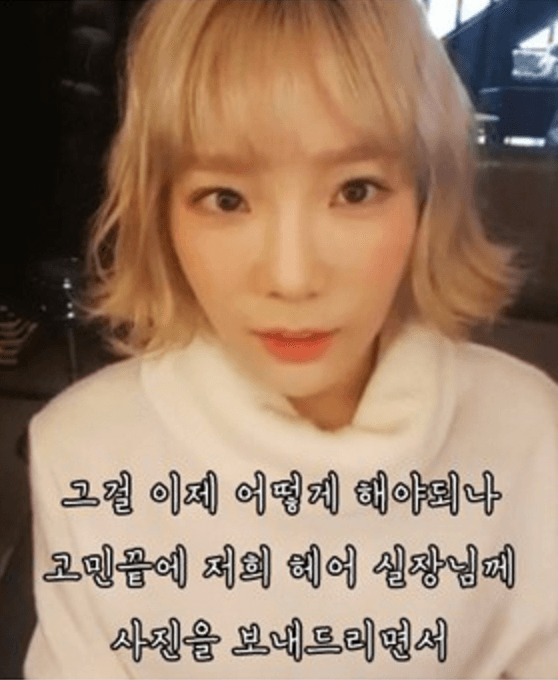 After thinking of what to do, I sent a picture to my hair stylist and 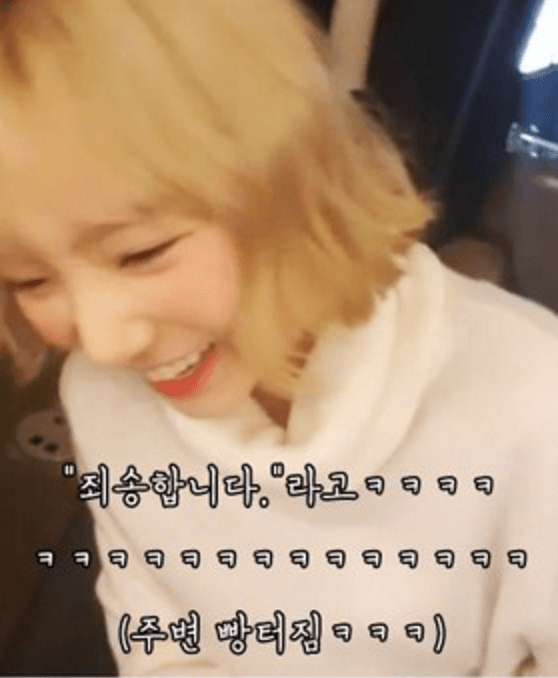 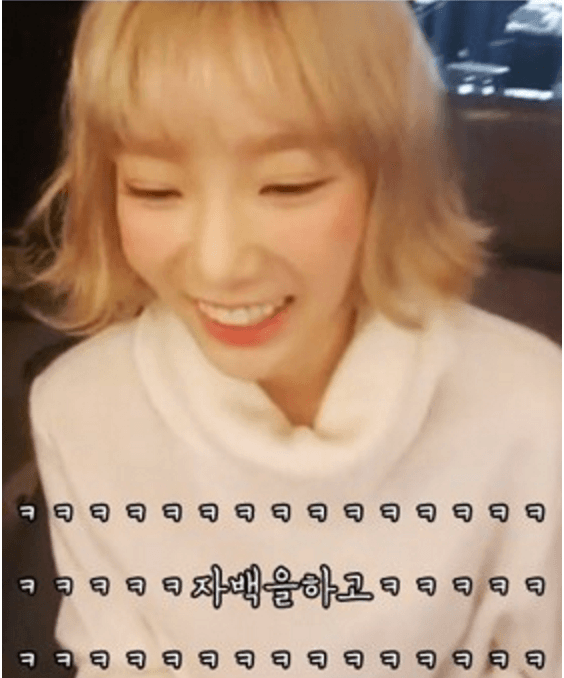 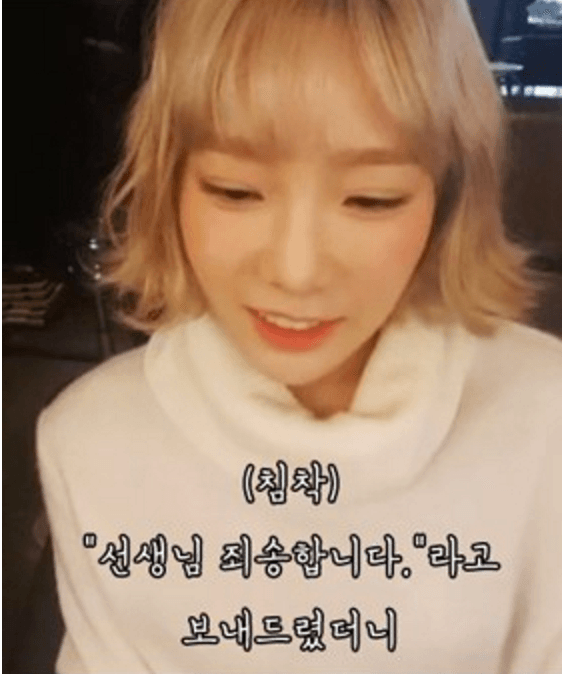 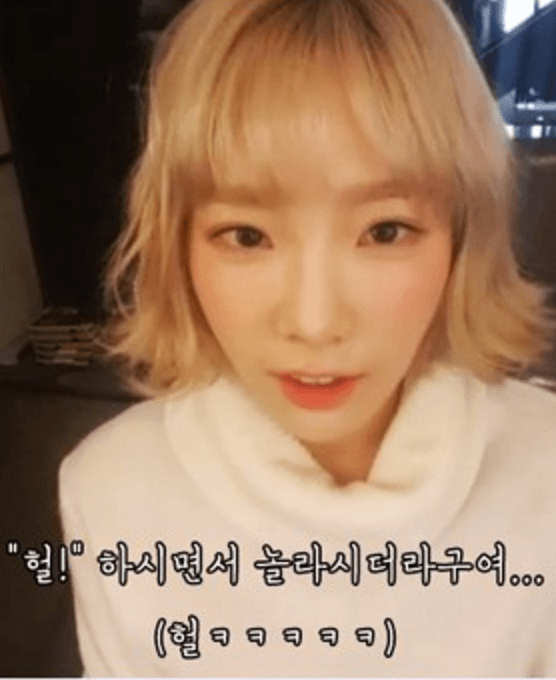 He was shocked and said ‘Hul!’…. (Hul hahahahaha) 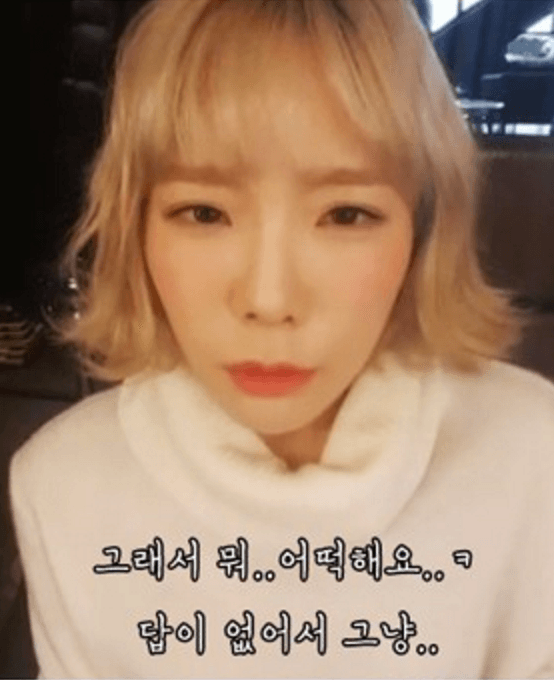 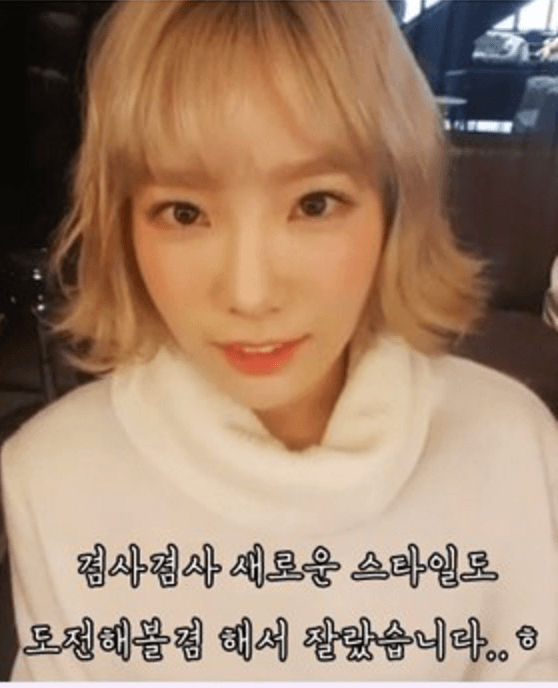 [ +98 / -6] But I heard she is actually good at it. This time was her mistake but her hair during “Party” was so pretty T_T She is also really good at nail art and anything with her hands