Two girl groups are holding and leading the digital music charts with their respective tracks, G-Friend and MAMAMOO.

As of February 14th at 7:30am KST, G-Friend could be seen in #1 on MelOn, Mnet, Bugs, Genie, and Naver Music‘s real-time charts while MAMAMOO’s “Pride of 1cm (Taller Than You)” (herein ‘1cm’) leads in Olleh, Soribada, and monkey3‘s real-time charts.

While G-Friend has seen success with “Rough” on music shows as well, counting seven trophies thus far during their promotions, MAMAMOO’s “1cm” is the girl group’s second pre-release (and free) single before the release of their album Melting. Featuring a 2000 western hip-hop beat, the song has humorous lyrics and addictive hook.

Are you hooked on either single’s yet? 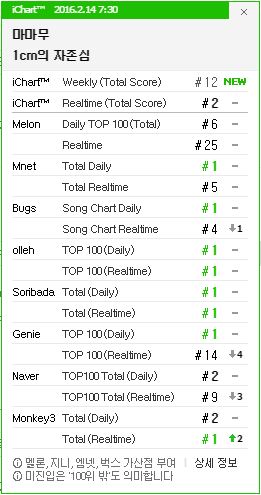 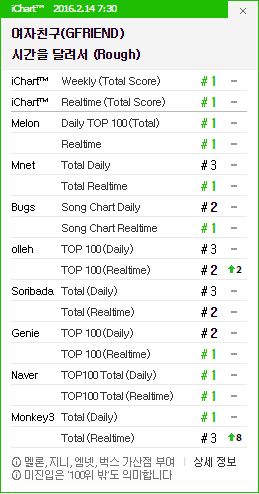