Recently a photo of him going home was uploaded on an online forum. He was slowly strolling along the street on his bike. 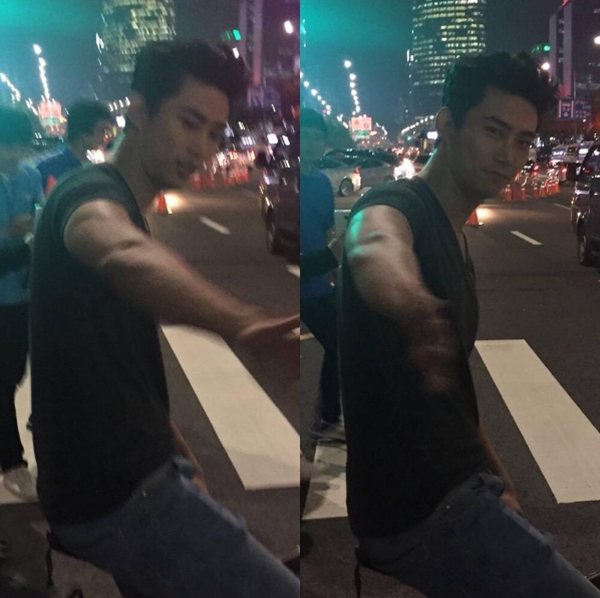 When fans gathered toward him, he smiled and cautioned them to move back. His superficially indifferent, but actually caring attitude charmed the fans. 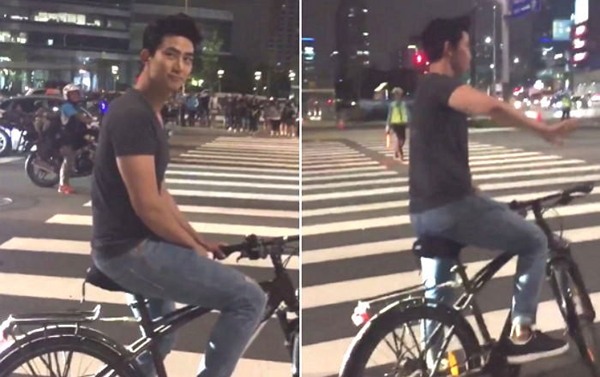 He also looked very handsome in the photo, even though it consisted simply of jeans and a t-shirt. He captured his surroundings with this visuals. 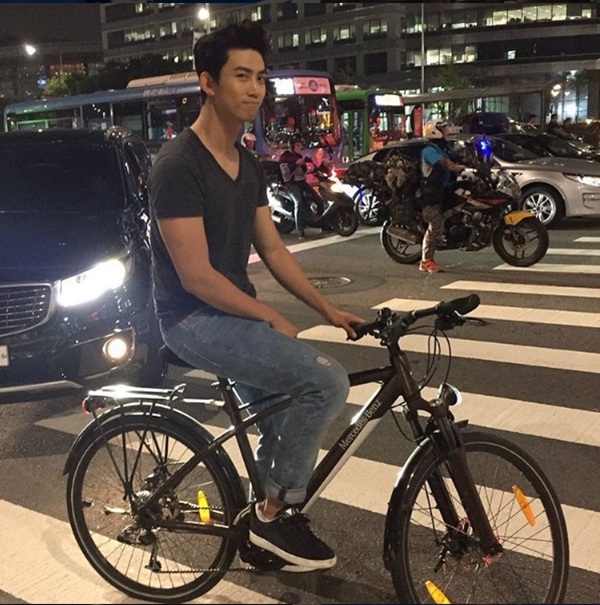 Meanwhile, 2PM had made a comeback with the single, “Promise” last month on the 13th.