GOT7‘s Jackson is defending himself after wearing dreadlocks in a Pepsi advertisement by calling his fans “haters” and refusing to apologize.

A new Pepsi advertisement was released, featuring Jackson with dreadlocks. The photos were instantly recognized as cultural appropriation and fans attempted to reach out to Jackson to educate him.

However, when Jackson saw the comments on his Instagram, he aggressively defended himself without apologizing. Instead of recognizing the cultural appropriation and inappropriate use of dreadlocks, he defended himself.

Jackson continues with the lamest excuse imaginable, claiming he has respect for “all races”. In the same sentence, he completely disrespects Black culture by dismissing their feelings and opinions.

He totally disregards the opinions of those who he offends, putting his thoughts and opinions above theirs. 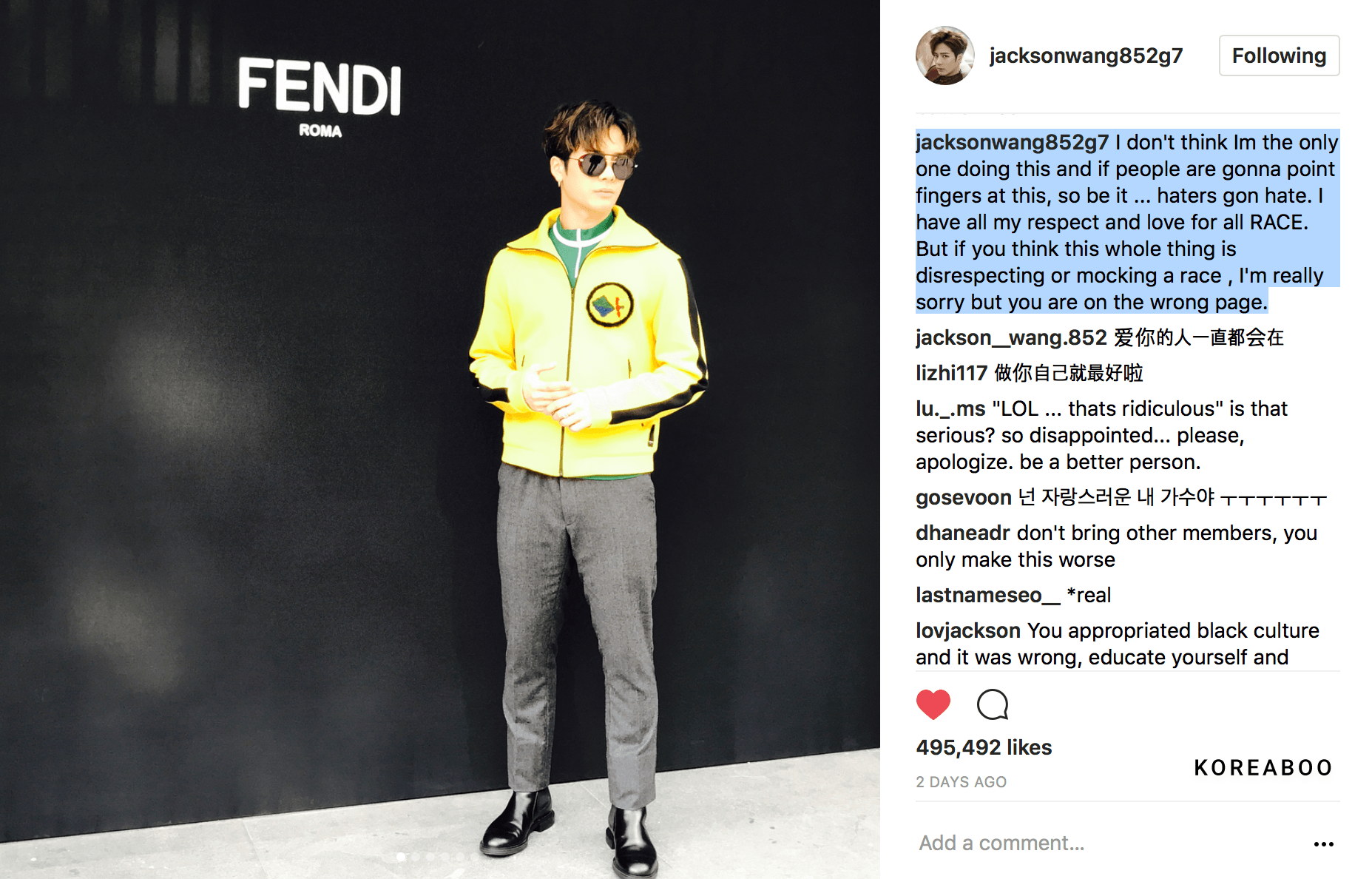 After this initial message to fans, he uploaded another comment to Instagram stating that it was a misunderstanding. However, even with this last update, he does not apologize to his fans or those who called “haters” for attempting to educate him.

He may truly believe that he is being respectful to the culture and in love with people from all backgrounds, but that doesn’t change how ignorant his initial statement was. 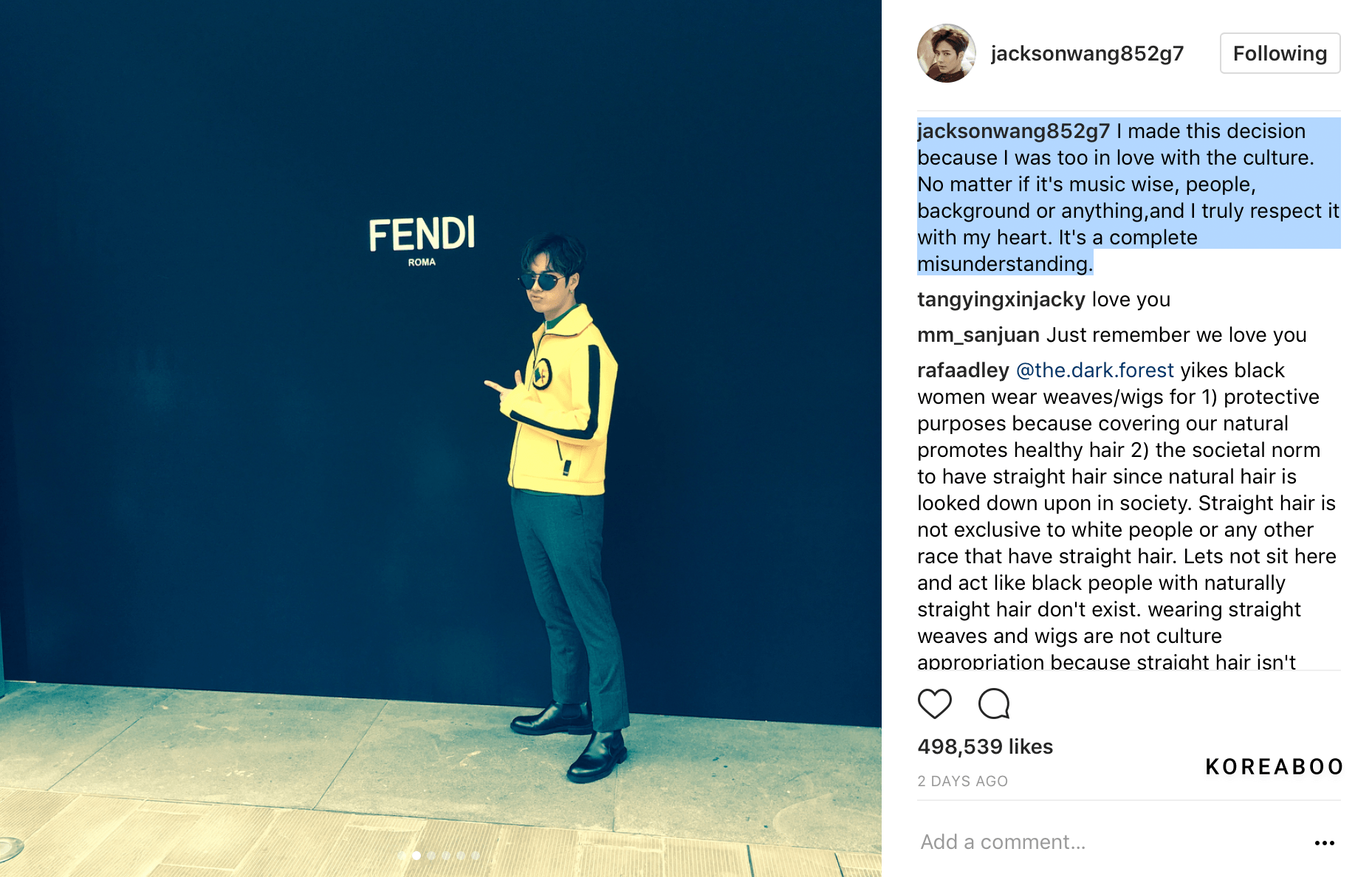 Dreadlocks are most commonly associated with African American culture and come from the Rastafari religious movement. The current movement and association of dreadlocks originated in Jamaica in the 1930s.

While the origins of dreadlocks have been traced back to Vikings, Egyptians, Christians, Aborigines, Indians and other cultures, the current association is clearly intertwined and connected to African American culture.

Every single attempt at transposing dreadlocks into pop culture context has been met with severe controversy. Demi Lovato was recently accused of cultural appropriation when she styled herself with dreadlocks for a music video.

Jackson is correct, many others have also done the same thing as him. They were all appropriating black culture and were also completely wrong to do so.

Why Wearing Dreadlocks Is Cultural Appropriation

A post made on Reddit‘s “Change My View” explains the controversy that occurs when non-Black people wear dreads. It explains why it’s so wrong to do so and the reason that Black people are offended when their culture is appropriated.

“Wearing dreads or other “black” hairstyles has historically been punished in the US, with institutions favoring styles that resembled straighter “white” hair. For decades wearing dreads wasn’t just a style choice, but also a significant personal risk; by breaking from cultural norms, which saw white styles as normal, a black American faced likely discrimination. As such, African Americans were often forced to take expensive, and sometimes painful measures to make their hair conform to white cultural expectations.”

It’s this history that makes the current use of the dreadlock by white Americans problematic. When whites decided to adopt traditionally black hairstyles, they suddenly because culturally acceptable, and even encouraged. This came as a bit of a slap in the face for the African American community, which had formerly faced discrimination for using exactly the same styles. Making matters worse, when white communities adopted black hairstyles, they often got to reset the cultural meaning attached to these fashion choices.

For example, when African Americans wore dreads in the past, this might be representative of Rastafarian beliefs, a show of solidarity with African groups of origin (many of which did historically wear dreads), or even a nod to the complex Indo-Caribbean history that you mentioned.

However, when the white Americans who chose to wear dreads were often part of hippy or high marijuana use subcultures, and even though they were recent adopters of the hairstyle, dreadlocks became tied to these groups in mainstream culture. Similarly, other elements of black fashion, which African Americans had faced repercussions for showing, have recently been adopted, and then redefined by white Americans.”

While Jackson is not from the US and not white, South Korea, China, Taiwan and other parts of Asia continue to hold their own views of discrimination and racism against Black people.

Blackface is still common within the entertainment industries in all of these countries. The “n-word” is still used amongst people and artists, as shown above, with little care for what the word means.

The Fourth Time That GOT7 Has Faced Criticism For Racist Actions

BamBam, another member from Jackson’s group was even caught saying the “n-word” on camera. Even with the severe backlash that BamBam faced, it appears that Jackson does not fully understand the ramifications of his actions.

Before this, Jackson himself was caught in a controversy after uploading a photo of himself with blackface. The extremely inappropriate photo was called out by all his fans.

The racist photo was removed by Jackson and he apologized for the photo. But it doesn’t look like the apology meant much, as he has continued to be embroiled in controversy for blackface and now, cultural appropriation. 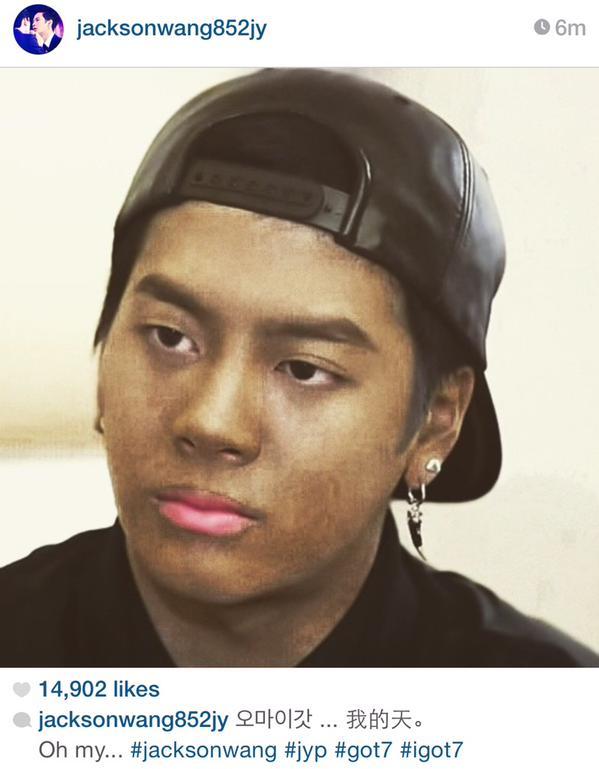 “I’m really really sorry if I offended anybody. I wasn’t even thinking about what you guys were talking about until I saw the comments. I am truly sorry about this misunderstanding. Love you guys so much and thank you so much for letting me know.” — GOT7’s Jackson

The apology from this previous incident became worthless after he was caught, once again, doing blackface during an event video. This time, he had completely painted his face and body black.

His second instance of blackface is far worse, it’s almost too ridiculous to even watch. It’s unbelievable how he could have thought it would be okay to do blackface again and it shows his initial apology had zero weight behind it.

If he truly felt that what he did was offensive and took the time to understand the reasons why it was hurtful, he would not have done blackface again and now, called Black people “haters” for attempting to educate him again.

Jackson may feel that he’s being constantly attacked for being racist when he is “not racist”, but that doesn’t matter. He should be more careful and continue to accept blame, apologize and help those who he’s hurt with his actions.

People may not all be intentionally bigoted or racist, but that does not make their words and actions any less offensive. They hold within them the prejudices of the past. This is unavoidable and Jackson must recognize this.

Discrimination Exists In South Korea, And Ignorance Is NOT An Excuse 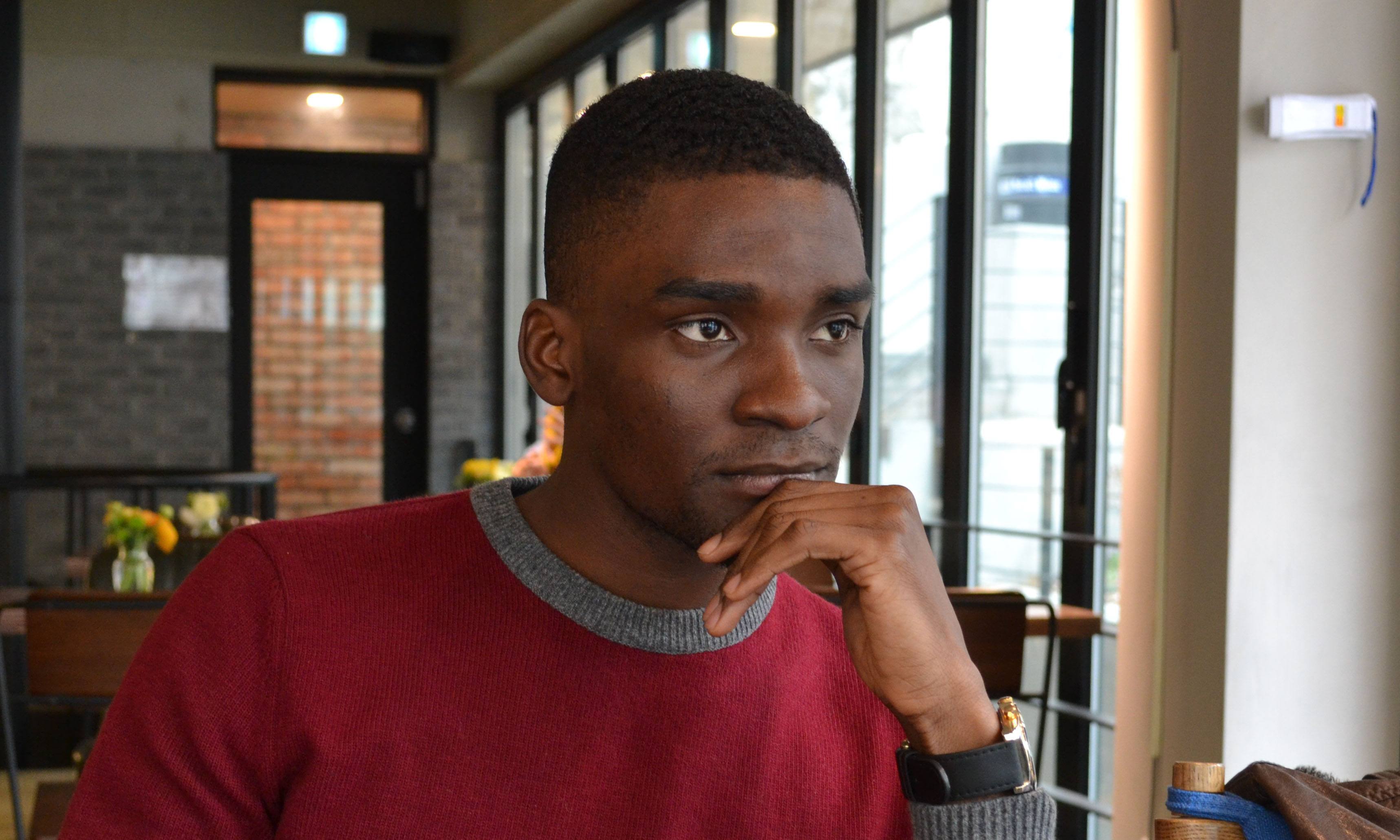 One of the most famous Black people in Korea, Sam Okyere, has shared in the past the ignorance and discrimination he has faced while living in Asia. When he first came to Korea from Africa, people would ask him if his family raised lions.

Sam Okyere has faced discrimination from people doing simple and everyday tasks, like riding the subway.

“She stretched out her legs to stop me from sitting. She said what is a black bastard doing in Korea. She told me to go back to my country. So directly, she was showing discrimination. Discrimination to that extent? …But the most hurtful thing in the midst of it all were the Korean people there. The way they said nothing and just watched really hurt me.” — Sam Okyere

Racism and discrimination are alive and have not been fully addressed in Asia. Ignorance is not an excuse. Claiming to not be from the US or not “see” the same racism as in the US is a terrible excuse.

Artists who do not fully understand the culture they claim to love and respect should sit down and educate themselves first. Jackson, as an Asian person, does not have the right to tell Black people they are wrong in feeling hurt when you have appropriated their culture.

As a role model for millions around the world, Jackson has a responsibility to take responsibility. In excusing his actions, he’s gone from being ignorant to perpetuating racism and ignorance.

He’s allowing millions of fans from around the world to think it’s okay to marginalize black people and claim their opinions as being too sensitive.

It’s disgraceful to claim to be a hiphophead or to love hip-hop music and not respect the feelings and opinions of Black people.

It’s disgraceful to call yourself an international artist, to have fans from all across the world, and then to dismiss their opinions when they feel hurt and marginalized.

It’s disgraceful to represent K-Pop on the world stage and still make such blatantly ignorant remarks, downplaying the feelings of Black people when it comes to their culture.