Amidst filming for his KBS 2TV’s drama The King’s Face, Kakao Talk has revealed 24 emoticons of Seo In Guk for fans to enjoy, all of them embellished with the characteristics of his current persona!

The set has been released on December 18th for all fans to enjoy, as each different emoticon strongly portrays a wide variety of emotions, mixed in with the unique charm of the singer-turned-actor himself. The emoticons are available both domestically and internationally via the Item Store for $3.00, joining the streaming emoticons of other celebrities such as SISTAR, BTS, Girl’s Day, and even SBS’ Roommate.

This is also the second set of Kakao emoticons for Seo In Guk, as his first was released back in August with a general theme of adorable faces and movements. Make sure to get yours today, and enjoy using them with other fans alike! 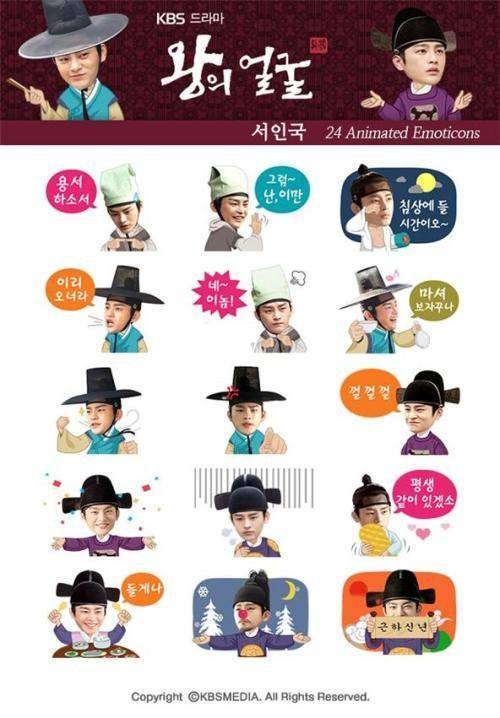