However, after checking the scores, many fans accused the show of miscalculating the FNC Entertainment group’s final score, as the amount of points given to albums sold as it doesn’t seem to correlate correctly to points given to other artists who sold more physical albums. And after a recount, however, the show announced that they did indeed miscalculate and retracted AOA’s win, instead awarding it to JYP Entertainment group instead. 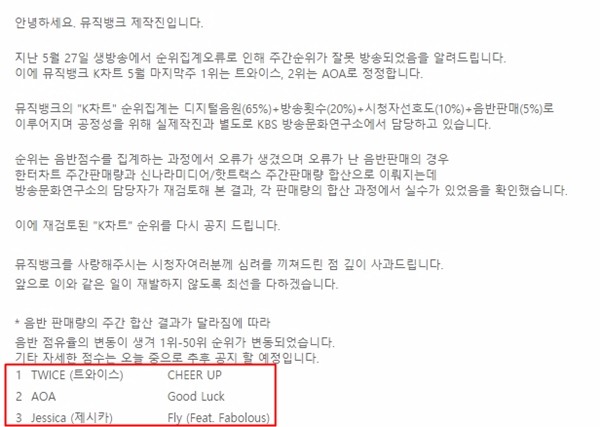 Hi, this is the producers of Music Bank.

We are sorry to have worried our viewers and will make sure nothing like this happens again.

Due to the change in the weekly album sales there has been a change in rankings 1~50. More details will be announced further within today