Kim Bum demonstrated his close international ties as he recently attended Taiwanese actor Mark Chao‘s wedding and met up with his good friend Angelababy as well. The actor turned singer recently posted pictures of the wedding along with photos with the bride and groom and Angelababy on the Chinese hit microblogging site, Weibo. He wrote, “Wish you a happy marriage Mark! I’m so glad I could congratulate you in person. I wish you a happy and whole marriage. Also, my friend who I have not met with in a long time @angelababy and my good friend @HERO趙又廷 at this wedding!”

Taiwanese-Canadian actor Mark Chao married Chinese actress Guo Yuan Yuan on December 1st at Le Meridian in Taipei, Taiwan. The two first met on the set of Chinese drama Caught in the Web in which they were co-stars.

Kim Bum became close friends with both the groom and Angelababy through his Chinese acting debut in Young Detective Dee: Rise of the Sea Dragon which was released in September 2013 and the three co-stars seem to have remained good friends since! 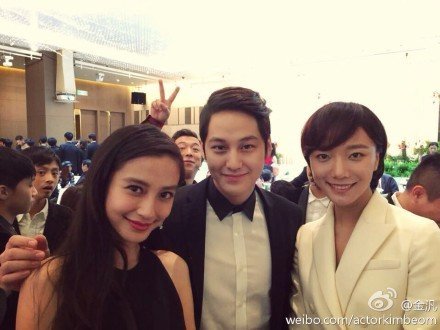 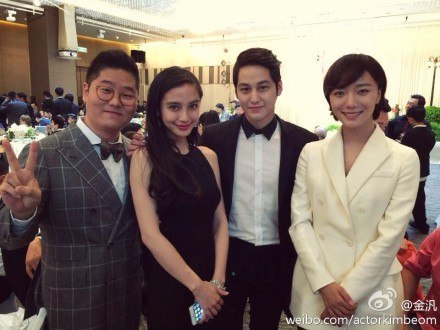 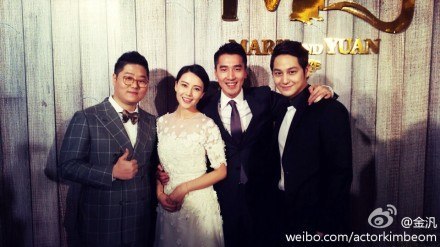 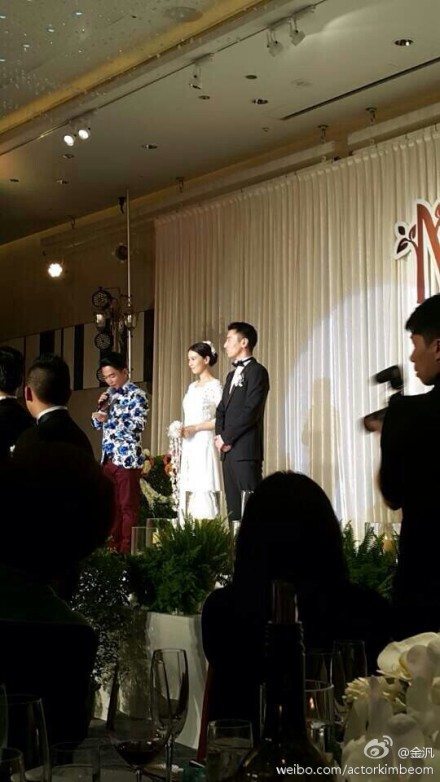