Starring Kang Ha Neul, Jung Woo, Lee Dong Hwi, Park Du Shik, and Kim Yeon Seo, the film New Trial follows the events of a true story, in which a 15 year-old-boy spends 10 years in prison for a crime he didn’t commit. This is Kang Ha Neul’s return to the big screen after starring in the successful drama Moon Lovers: Scarlet Heart Ryeo.

To celebrate this achievement and thank all those who supported the film by watching it in theaters, the cast, and the director Kim Tae Yoon took a celebratory photo all together while holding heart-shaped placards.

“New Trial,
The truth moves the world!
Over 1 million!
Thank you!” 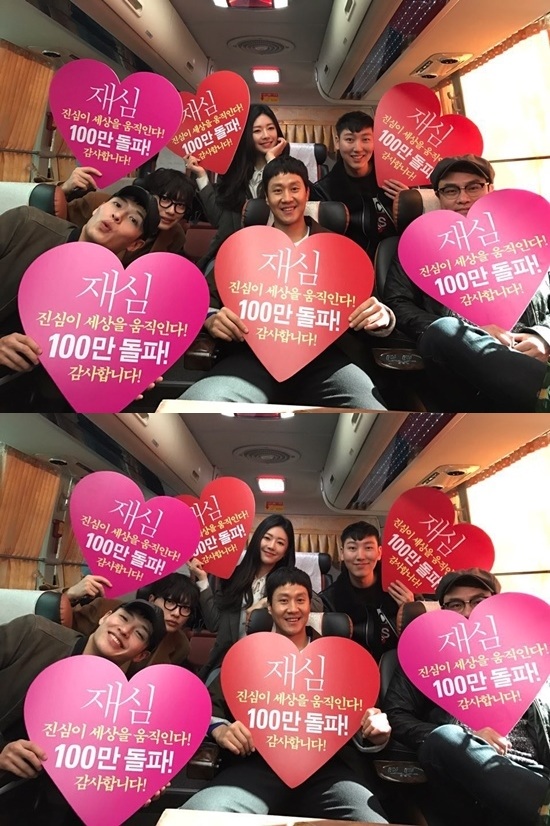