For Super Junior‘s 10th and 11th Anniversaries, ELFs came together to help build schools in Africa.

The group worked with Build A School In Africa, which is an award-winning all-volunteer based organization that “works to ensure children in rural Africa have the best opportunity to learn.” In a recent newsletter, the organization acknowledged the help of the fans in honor of Super Junior for the charities 15th school built in Tiogola. 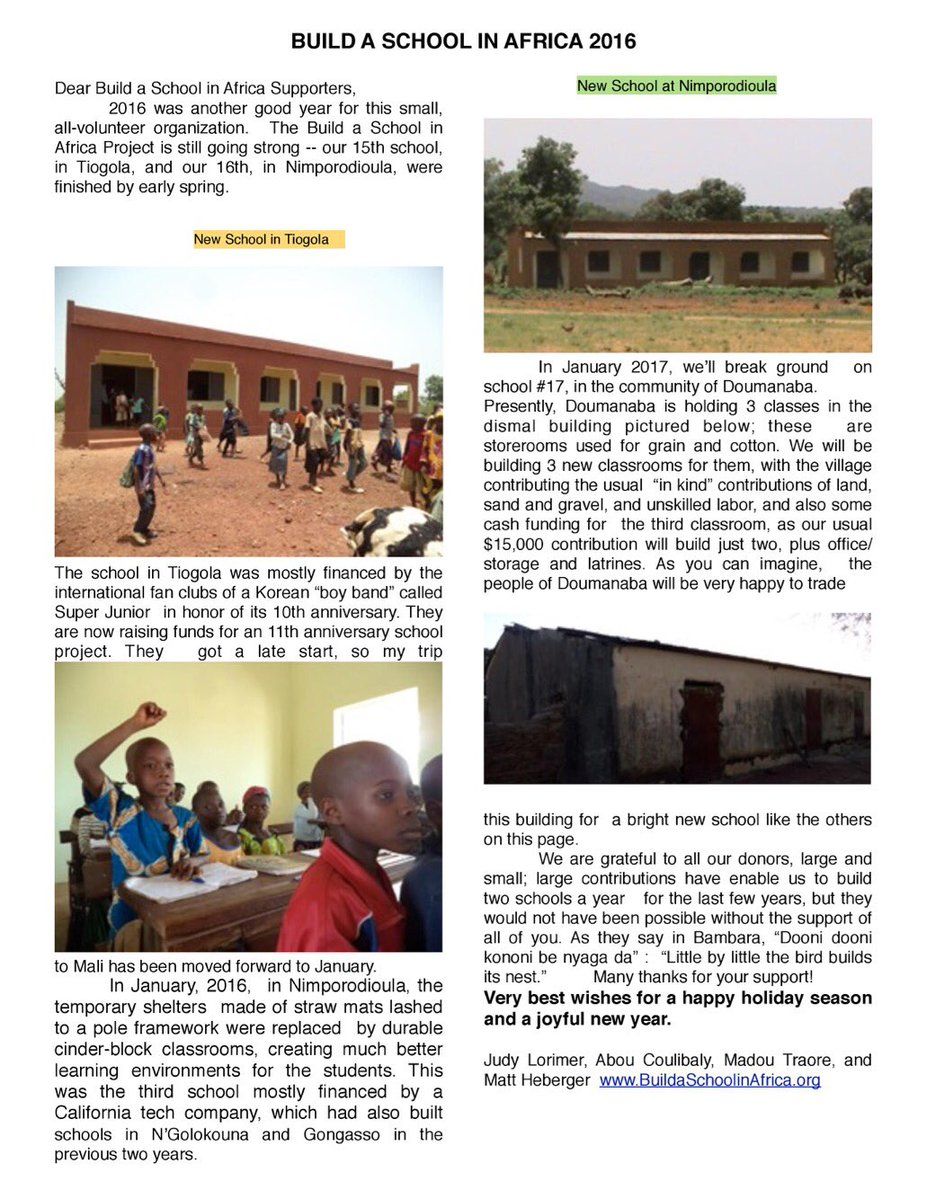 According to the SJ Charities twitter page, 45 ELF fan clubs participated in the project. Contributions from the Seoul Police as well as SUJU member Yesung‘s cafe, Mouse Rabbit, took part as well.