At EXOrDIUM in Hiroshima the Seho ship is sailing.

Exo has been promoting non-stop comebacks and concerts over the past year. The Exordium concerts are following the theme of Exo’s past concerts in topping each one with even more aegyo and fan service. Xiumin has recently made fans drool with his sexy dance skills.

At their recently show in Hiroshima, Japan leader Suho made a swift sweep toward maknae Sehun’s lips causing a flurry of fangirling squeals.

See the adorable moment below. 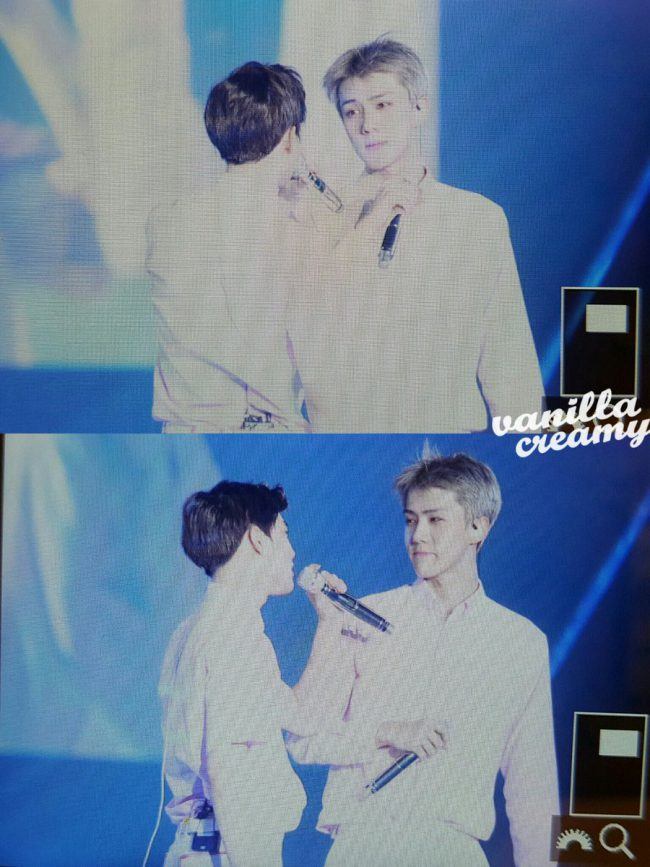 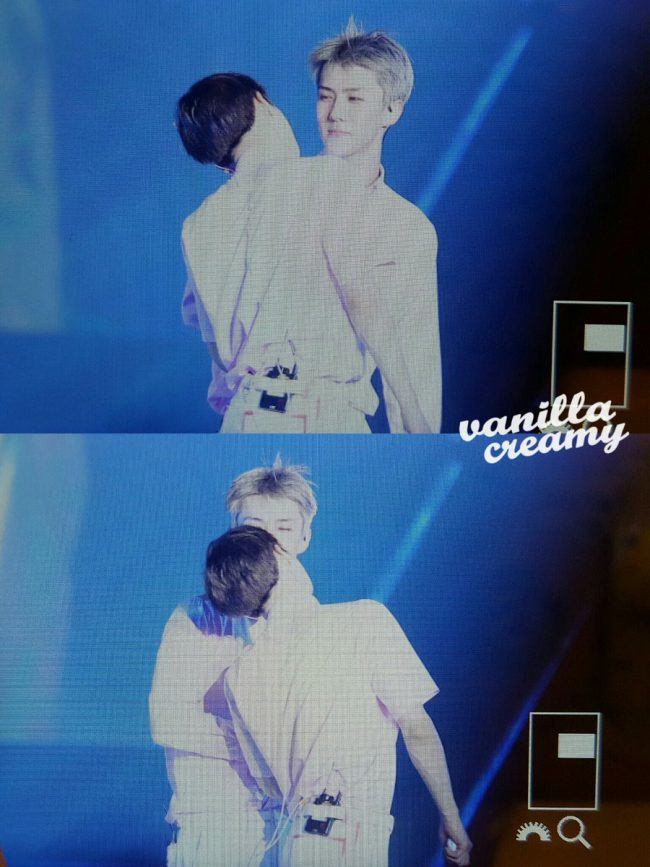