Steven Yeun of The Walking Dead marries his long-time girlfriend Joana Pak in an intimate ceremony.

Popular fan favorite Steven Yeun who played the beloved Glenn Rhee on The Walking Dead is wed! In a beautiful ceremony in Los Angeles, Steven tied the knot in front of family, friends and former co-stars.

Fans are in luck as Joana’s brother posted the below sneak peek into the wedding ceremony. Joana looks stunning in a strapless purple and white tulle gown, while Steven proudly wears a traditional Korean Hanbok.

Getting to celebrate the love between these two, last night, along with all their friends and family was so beautiful and special!! This whole week has been an awesome, family-filled, fun time and it’s been so great! (We’ve also gained a brother in-law from it!) #loveyouguys #pakpack 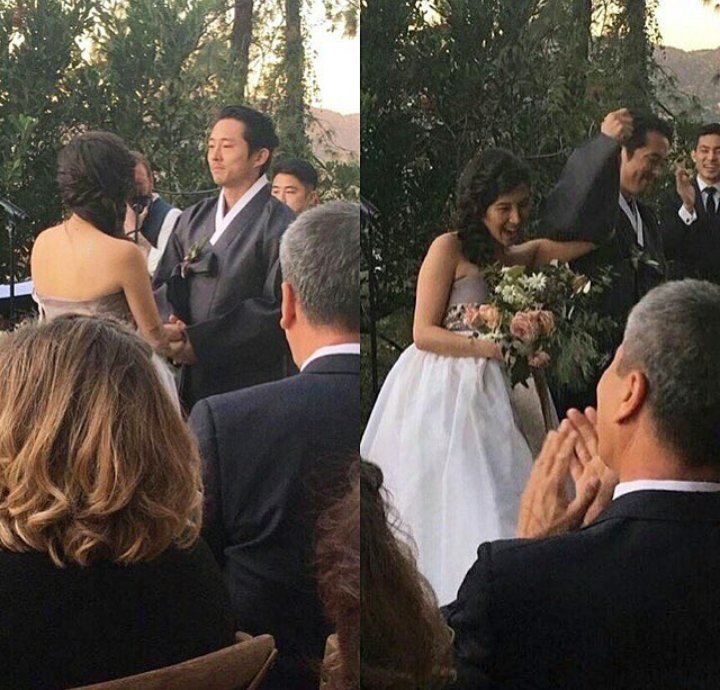 Many fans were emotional at the cast reuniting after the heartbreaking way in which Glenn left the program. It’s great to know that they are still good friends in real life!

Alanna Masterson and others attending the wedding of Steven Yeun and Joana Pak. pic.twitter.com/vVGQDBcm7S

The outdoor wedding looks absolutely picturesque, and fans can’t wait until more photographs are revealed! Congratulations to the Yeuns! 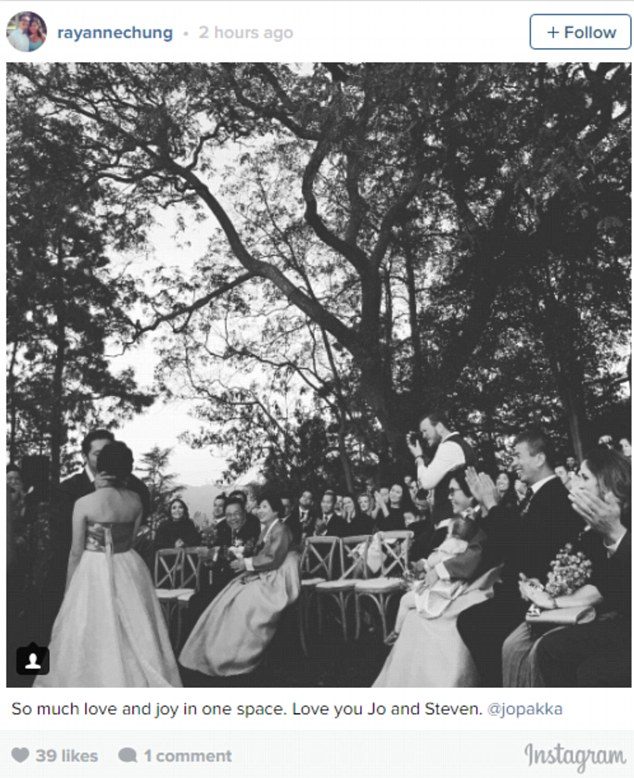