Idols are not immune to the Pokémon obsession virus. These popular stars have shown their love for the franchise proving they are fans too.

Pokémon has been a hit since its release in 1995, but the release of Pokémon Go has caused a new wave of love for the brand. Although Pokémon Go is still unavailable throughout most of Korea, the craze is as hot in Korea as anywhere else in the world. In fact, The Pokemon Company has done a number of collaborations with top Korean companies such as makeup brand Tony Moly.

Pokémon’s adorable little creatures have captured the hearts of gamers and casual fans. The franchise has done very well for itself marketing a wide range of products to consumers. With a catchy slogan cute mascots, the brand has caused fans all over Korea to fall in love. Here are some idols who have also joined in on the Pokémon craze:

Sandara Park showed the cutest Pokémon Go side by side comparison with her purple pals. Many idols go wild when they get the chance to go to a country that allows Pokémon Go, and Sandara Park revealed that she’s no exception.

BTOB is well known for their fun-loving personalities, so falling for one of the world’s most popular games is right up their alley. Minhyuk was revealed to be a fan of anime on BTOB’s MTV Diaries, and it’s become quite clear that they spent a lot of hours with Pokémon to create such spot-on impersonations.

“Ain’t nobody fresher than my clique!” bring on the poke battle

These three besties admire Pokémon by wearing cute starter Pokémon kigurumis and challenging everyone to a Pokemon battle. Pokémon has been a big craze in America since it’s earliest days, so it’s no surprise that this playful American crew has held on to a bit of their childhood. 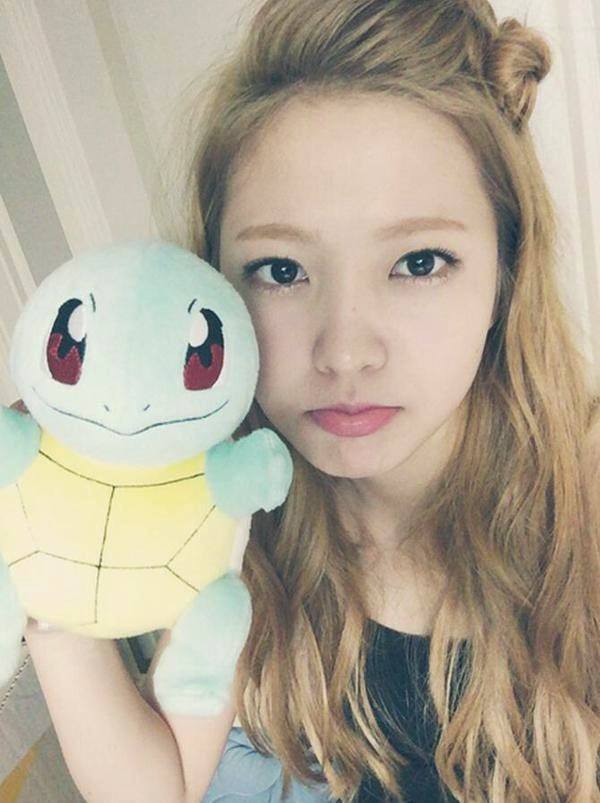 Known for her turtle resemblance, Yeri fully embraces her Squirtle twin in a photo she posted for fans. Red Velvet has shown their love for Pokémon before with Seulgi‘s Pikachu impressions on Weekly Idol.

He loves his Pokémon so much that he even illegally downloaded the game in order to get to play. Chanyeol has also voiced out his frustration that he can’t play Pokémon Go in Korea. 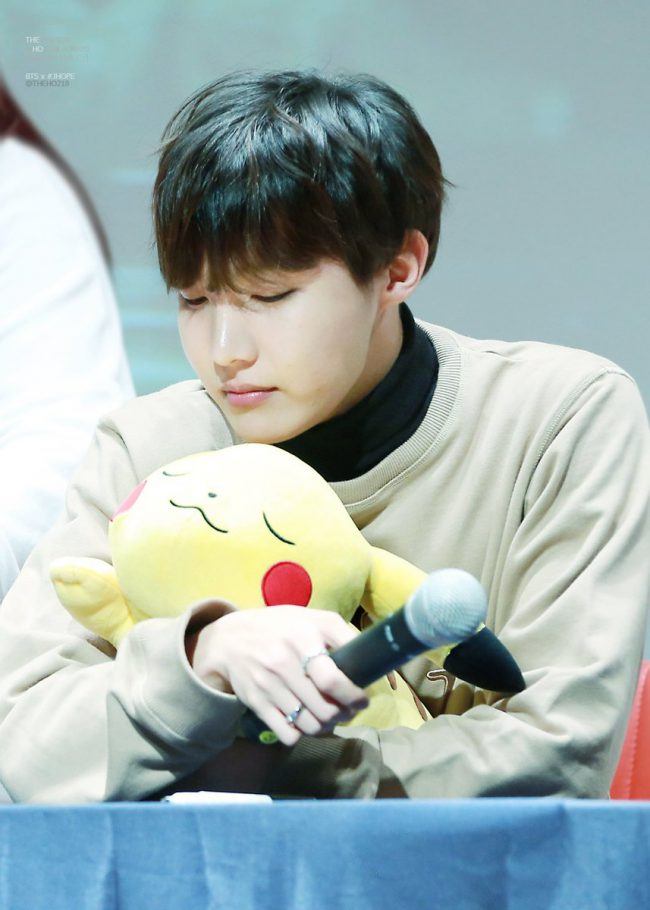 J-hope has shown his love for Pikachu and other pocket monsters by showing off his array of collectible items.

KNK’s official otaku, Seungjun, is probably one of K-pop’s biggest Pokémon fans. He has a training book with instructions on how to become a Pokémon Master and has stated before that his special talent is doing Pokémon impressions.