One of Block B‘s talented rappers is so intelligent that he made it into the largest and oldest, high IQ society in the world.

As well as being a talented idol, Park Kyung is also a genius. He has an impressive IQ of 156 which has gained him a membership with Mensa.

Mensa is a worldwide, high IQ society that is available to people of high intelligence. Memberships are given by taking an intelligence test and receiving a score that is within the top two percent of the whole population.

Taeil has even said that every month, when the financial documents with earnings come out, Park Kyung actually calculated these numbers and broke them down in real time in his head. Park Kyung’s calculations are so accurate that he has actually found errors in document calculations in the past.

Non-Summit showed Park Kyung’s acceptance letter which revealed that he scored an impressive 99% on the test! 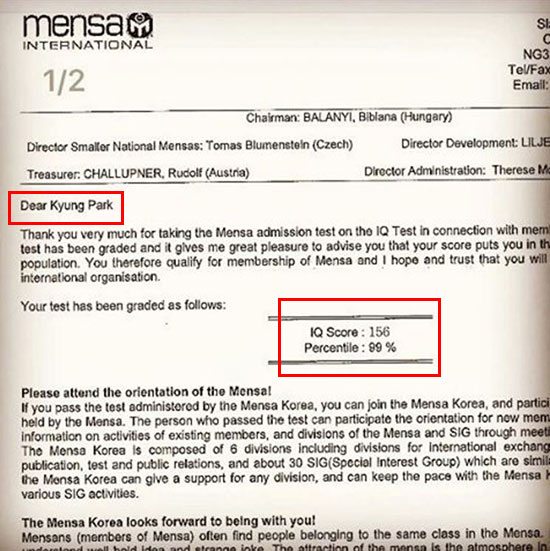 As well as being insanely smart, Kyung is also a talented rapper and singer! Check out his latest release with Block B, called “Yesterday”, down below!