Sulli was recently involved in another SNS controversy after one of her latest travel posts led netizens to accuse her of trespassing.

Recently, fans were treated to a series of photos from Sulli while on holiday in Latin America. One photo, however, received quite a negative reaction after she was questioned for possibly trespassing.

The photo in question was taken from the Chichen Itza in Mexico. Sulli was featured posing for an air kiss with a historical statue. Based on the photo, it appeared as if the singer and actress walked over a fence for the shot and received criticisms for disrespecting a historical site. 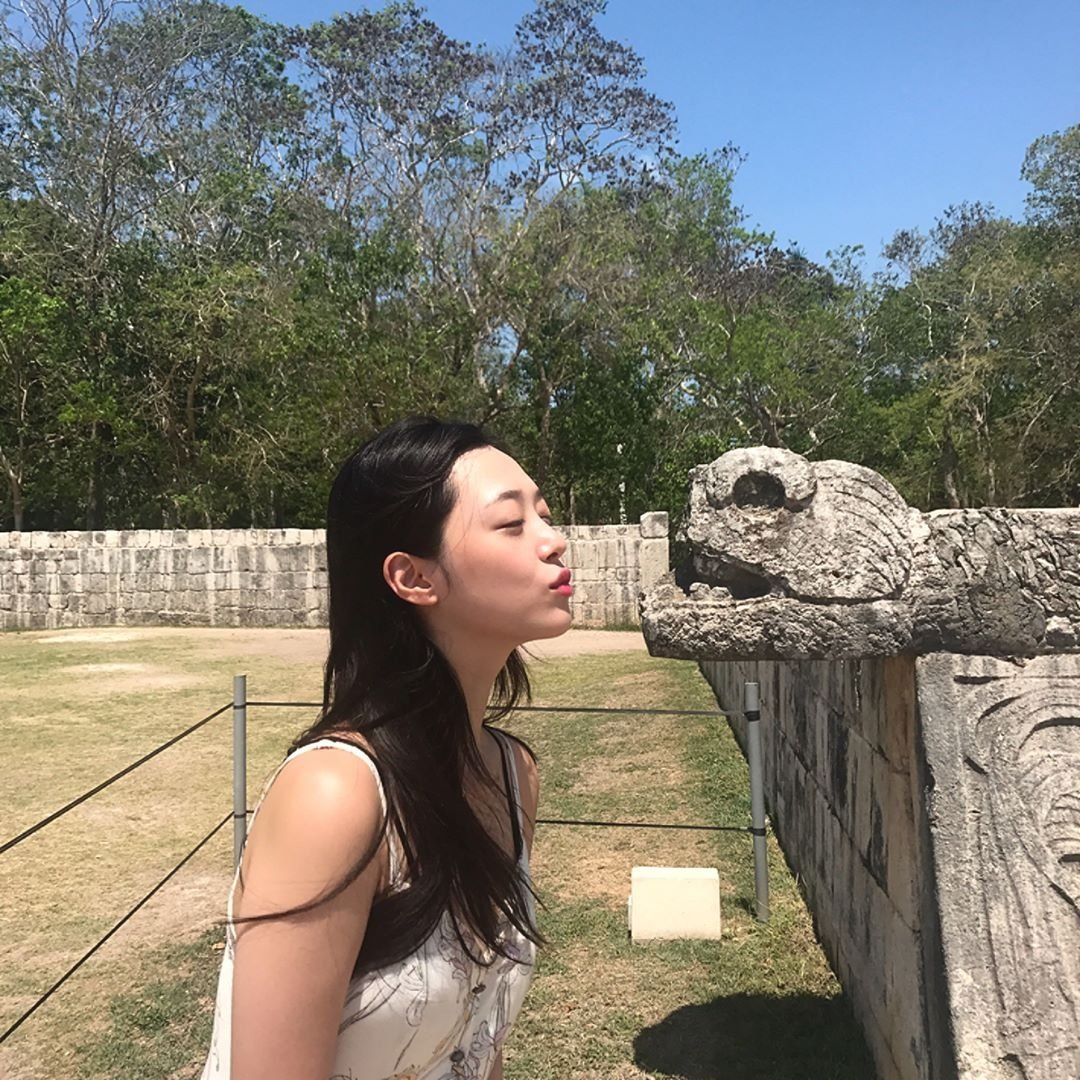 Based on this photo, netizens accused Sulli of trespassing to get a photo with a historical statue.

Some netizens offered an explanation in defense of Sulli and stated that the incident cannot be judged by only one photo. Although it initially looked as if she was right in front of the statue, another photo revealed that she may just have been on the other side of the barriers instead, creating a forced perspective that only looks like she’s standing right in front of it.