On May 8, the actor tweeted a video of himself using a Jimin filter as he jokingly claimed to be Jimin’s fan club president.

He even posted a hilarious meme with him “speaking” to Jimin via a SNOW app filter.

Yo #JIMIN where my money at?! WHERE MY MONEY AT?!!! pic.twitter.com/nVrdAghWXc

He then updated his profile to share the news that he’s officially a BTS Fan. Welcome to the A.R.M.Y., Harley! 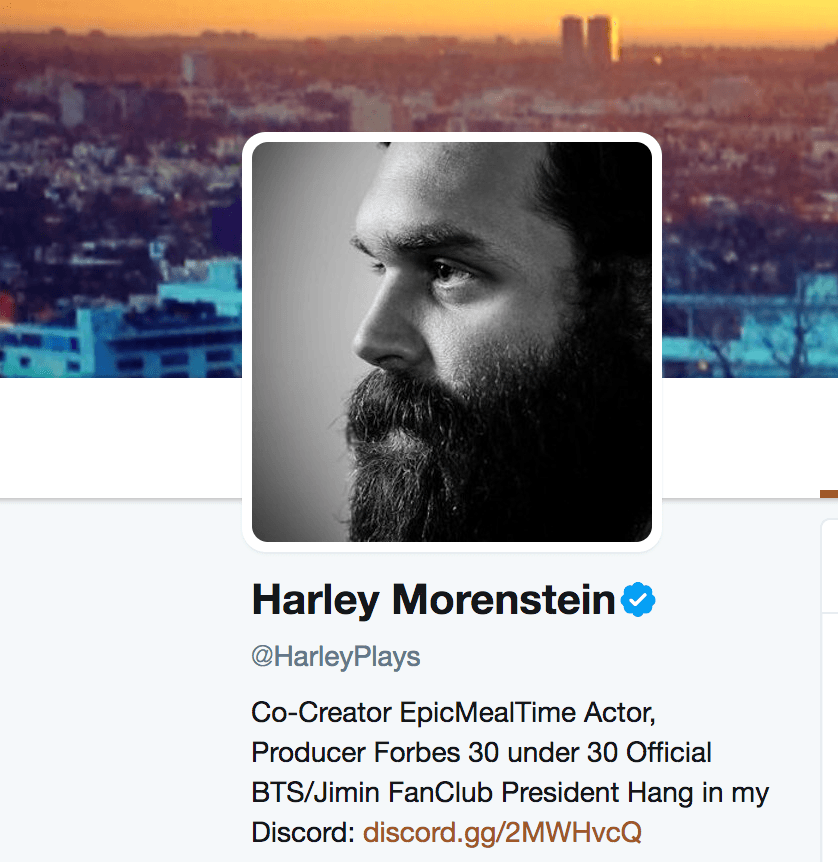 Harley Morenstein is well-known for being one of the actors and co-creators of the YouTube cooking show, Epic Meal Time and the show is well-known for cooking high-calorie types of foods from meat and alcohol.

A few Fans lashed out at him for his tweets, but many welcomed him and his love for Jimin!

He even called out all the haters who claimed his love was untrue and made his own memes.

I am saddened by some of these #BTS fans. #JIMIN is about respect. Please refer to image and realize I AM THE ENLIGHTENED ONE! pic.twitter.com/ELMhioY6bL

#BTSBBMA To all those #JIMIN Stan wannabes that are mad cause I'm the JIMIN Fan Club President and want to fight me for it…. pic.twitter.com/4yxeUUtrhq

He called on the support of ARMY to help him defend against haters and promised to continue to love BTS.

To all the #BTS #JIMIN fans. Don't be toxic. It's unbecoming. Be positive. Don't give BTS a bad name. I leave you with this pic.. #BTABBMAs pic.twitter.com/k1M1i9zlnt

Harley even went on to retweet some BTS fans, showing that he’s in this for the long run!

To @BTS_twt , you should check out @HarleyPlays

He loves you guys, especially Jimin 👌👍

@HarleyPlays is the president we all need right now 👌🏻✨

And talked about how much he supports all members of BTS, not just Jimin or any other single member.

Trying to blow out #JIMIN's candle won't make #HOSEOK's candle brighter. Wish the army was as good as a #Squad as the actual boys are. #BTS

I think 80% the #BTS fans that were tweeting me were mean. I’m making new positive BTS army members! My home is a #StanPlant starting NOW! pic.twitter.com/FXxP0giBQG