Fans have gone in a fit of laughter after a .gif and photo of AOA member Jimin looking towards her boss have made their way around the internet.

In the .gif, the FNC Entertainment founder is seen taking a bit of his food as Jimin looks on from the side, giving a look that could be described as want or even desire. In another caption from the Mnet show d.o.b (dance or band), her CEO gives a statement with Jimin once again spotted looking at him with an odd expression.

Meanwhile, AOA completed their promotions for Good Luck at the end of June after only two weeks of promotions. 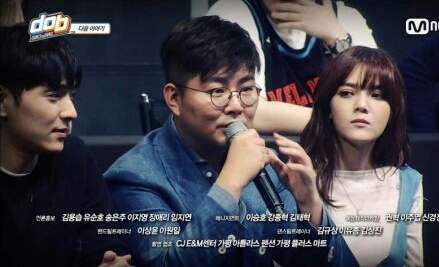