A 16-year-old Japanese student in Fukuoka, Japan, was being disrespectful to his teacher by watching movies on his tablet. 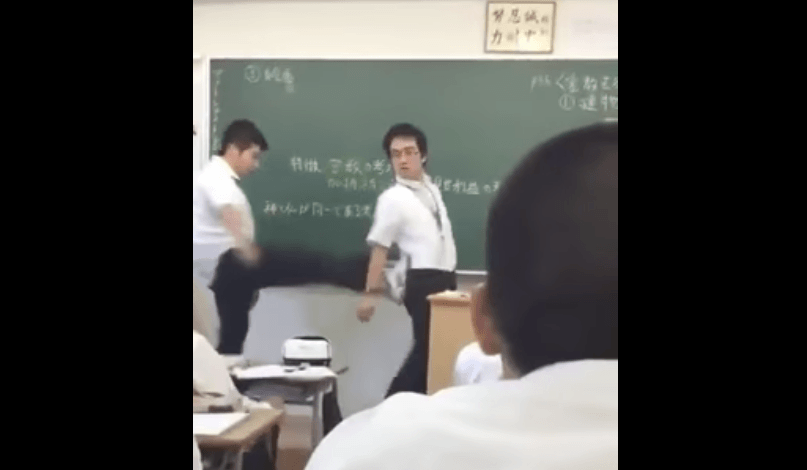 His teacher confiscated his tablet after a series of warnings, but the student stood up and followed him to the front.

He then tried to take his tablet out of his teacher’s pocket, but after he refused, the student kicked him in the calf.

The teacher stayed calm, but the student continued to kick him harder while his classmates laughed.

He then gave his teacher a final hard kick to the back, and then tried to grab his collar, to which the teacher retaliated.

A classmate happened to upload the video on Twitter, which soon went viral and sent people into a furious uproar.

“Shouldn’t they lodge a police report? High school students should understand that violence is unacceptable. Arrest him!”

“His parents are probably yakuza.”

“Forget the police report, arrest him for violent conduct. Even the students who stood by without doing anything are to blame. The age when students respected teachers is long past.”

The student was soon arrested for assault, and his school has announced that they will be lecturing him.

Watch the full assault below:

Source: Asia One and Japan Today