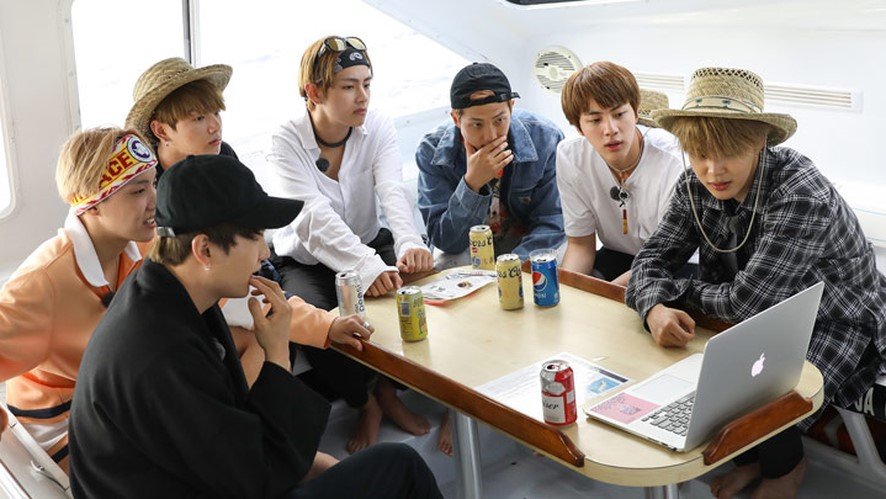 After losing several rock paper scissors challenges as well as his food for a bowling bet, he nearly redeemed himself for dinner.

Everything was golden until they decided to choose who will clean up after their dinner.

Each member had to pick a colored paper to see which two members would have to clean up.

Jungkook was so sure he wasn’t going to clean. He’s the golden maknae!

But Jungkook was the picked the losing paper right off the bat!

His members laughed loudly – shocked by Jungkook’s bad luck on the trip so far.

Jimin and V were sympathetic to their younger brother.

Rap Monster and Jin offered to help him with a solid pat on the back.

But Jungkook ended up admitting the defeat of his golden streak.

But he was consoled by his good hyung V who was also chosen to clean up (who in the end didn’t help much at all).

At the end of the day, Jungkook’s hyungs all love their golden maknae – his streak of wins will be back soon!