Although YG Entertainment rookie girl group BLACKPINK received a lot of attention and positive responses from the public with their debut tracks, it appears that they’re especially popular with one particular demographic.

BLACKPINK’s double debut music videos have also been touting impressive numbers, with both “BOOMBAYAH” and “WHISTLE” hitting over 3 million views each in just 24 hours since their initial release. 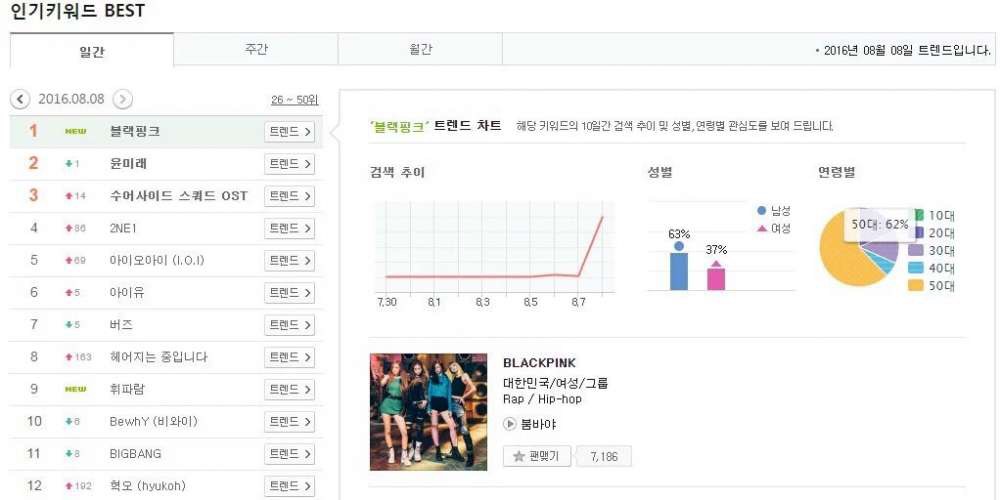 Check out the two music videos below: